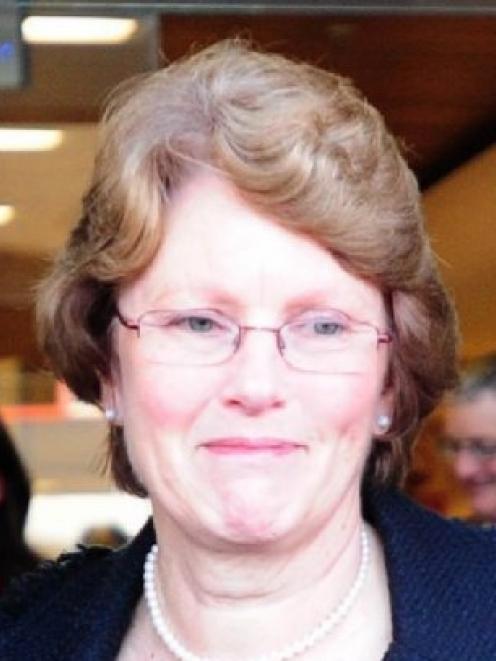 Lesley Elliott
The first step in protecting young women from harmful relationships was to learn the signs of abuse, the mother of murdered Dunedin woman Sophie Elliott told more than 100 Central Otago people on Saturday.

Speaking at the White Ribbon Brunch in Alexandra, Lesley Elliott said her aim was to save other families from going through what the Elliott family had experienced.

Her daughter Sophie, a 22-year-old student, was stabbed to death by Clayton Weatherston in 2008.

"I can't change the world, much as I would like to, but I want to raise awareness in young people, their families and friends, about the signs of abuse.

"You can all influence others and maybe even save someone's life," she said.

The brunch was the first fund-raising event organised by the newly-formed Central Otago branch of Zonta and proceeds went to the Sophie Elliott Foundation and the Central Otago Support Link.

Mrs Elliott said the foundation had been set up to educate year 12 and 13 high school girls about abusive relationships.

Abuse crossed all socio-economic boundaries and "Sophie's story" contained a warning for others.

Statistics showed women aged from 17-35 were the age group most likely to seek help as a result of abuse by their partners.

"This tells me if Sophie's loss of life was to have any meaning, I have to tell her story to others, so they can be spared what we went through. My energy is focused on the primary intervention area."

The Elliott family had close links with Central Otago, she said.

Her husband, Gil, worked in Central Otago and Sophie loved spending time there, " so it feels like this is your story, too".

Sophie's relationship with Weatherston was "rotten from the start".

Mrs Elliott listed signs, which the family had missed, that revealed the abusive relationship.