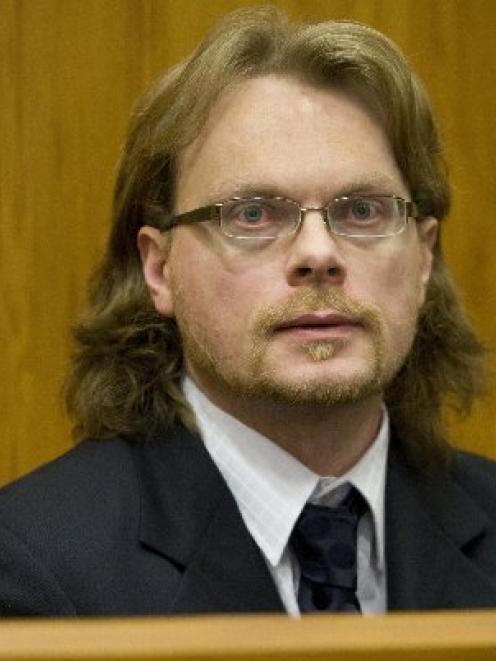 Weatherston, now 35, who became one of the most reviled men in the country, is seeking to overturn his murder conviction and 18-year non-parole life sentence for stabbing his former girlfriend 216 times Sophie Elliott, 22, in Dunedin in January, 2008.

Robert Lithgow, QC, told the Court of Appeal today that public comment made by the Law Commission's deputy president Warren Young attacking the provocation defence undermined Weatherston's case, as he was arguing the same defence.

Mr Lithgow argued that the jury could have been influenced by Dr Young's comments, made on a programme broadcast on TVNZ 7 during the trial and available on the internet.

It was an unprecedented for a "top dog" government official to do so, he said.

He also cited an "unbalanced" article by the Listener on the defence of provocation, which was published in the days before the jury went out.

"The media facilitated the attack on the law itself."

Mr Lithgow said the Crown also got off track on the question of lies; whether Weatherston had the propensity to tell lies and whether or not he lied about the events leading up to Miss Elliott's stabbing. High Court Justice Judith Potter did not give the jury appropriate direction on how to deal with that.

A witness gave a "sliver" of evidence that Weatherston did not take responsibility for his actions and that became a major plank for the prosecution case, he said.

The characterisation that Weatherston was a liar was the "most poisonous" that could have been said about him.

"Nobody would want a trial under these conditions," Mr Lithgow said.

But Crown lawyer Cameron Mander argued that the trial judge got things right. She had given the jury appropriate and detailed directions, on a number of occasions, on how to deal with media coverage of the case.

There was no basis to show the jury did not follow the directions.

Dr Young was an experienced legal commentator and would have ensured his comments had no bearing on Weatherston's case, and it was not unusual for a law to be debated in public as people were being tried under it, such as cannabis offending, he said.

The three Court of Appeal judges reserved their decision.

Miss Elliot's parents Gil and Leslie Elliot attended the hearing. Speaking outside the court, Mr Elliott told NZPA he did not believe Weatherston's arguments were valid.

Weatherston was demonstrated to be a narcissist, and they were known to be liars.

Weatherston's parents Roger and Yuleen were also at the trial but did not want to comment to media until after the judge's decision was delivered.

The case was a game for lawyers but it cost the taxpayer and the families of the victims an enormous amount, both financially and emotionally, he said.