Applause for Turei at candidate forum 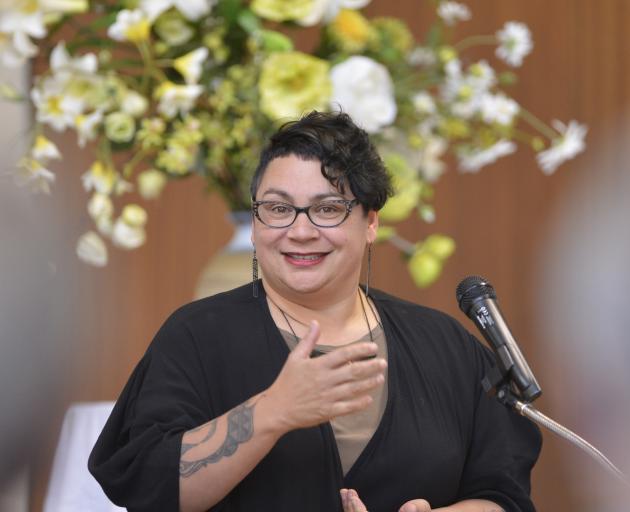 Former Green Party co-leader Metiria Turei speaks during a political forum at Knox Church Hall yesterday. Photo: Gerard O'Brien
Metiria Turei appeared to be as popular as ever at her first public outing since resigning from the Green Party leadership.

The questions canvassed the candidates' thoughts on housing affordability and availability for low-income earners; how they would create healthy childhoods; and whether they thought benefits and working for families tax credits should be indexed to median wages, as superannuation is.

Ms Turei's response to the latter drew the loudest cheers and applause of the forum, from many in the audience.

''I have staked my entire political career on improving the incomes for the most poor in this country.''

She said the Green Party promised to raise incomes of the poorest and bring them above the poverty line by increasing benefits and the minimum wage.

However, many of Mr Foster-Bell's responses were met with heckling and laughing.

He told the audience National planned to commit $354 million to building 1000 ''emergency transitional places'' which were not houses for life, but would go a long way to addressing the immediate issue of people sleeping rough.

The statement was met with an angry outburst from an individual, who later walked out.

About 70 people attended the forum.