Arborist reaches top of the tree 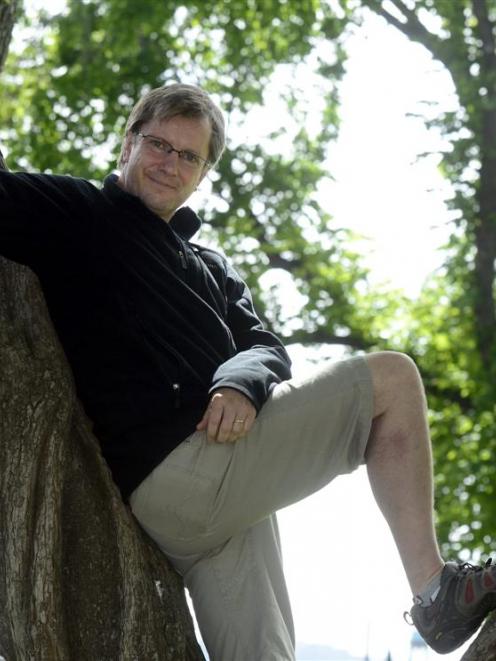 Arborist and horticulture academic director Mark Roberts (44) said he was the second non-American elected to lead Illinois-based organisation the International Society of Arboriculture.

Before being elected president this month, he had worked with the 88-year-old society since 2004, he said.

The society promoted arboriculture and the benefits of trees.

"It is not about home-spun hippies hugging trees. It's about trees as assets, the realisation of the importance of trees."

Although the society's head office had 40 full-time staff in Champaign, Illinois, he would remain in Dunedin for the governance role. However, he would attend meetings in the US city twice a year and the annual conference, which was in a different country each year, he said.

As president, he would build a more strategic board, because it was very operational and tied up in detail. "There's not enough time for the board to deal with detail."

Trees were more valued in America than in New Zealand, he said.

"In America, they get very excited about the tree asset. In New Zealand, we see them as a thing that grows fast and they're everywhere, but in larger cities, you don't see green. There's just no space for foliage."

Most of the 2000 arborists in New Zealand were male, especially with climbing arborists, because it was physically demanding, he said.

More arborists, male and female, were needed but workers were underpaid and required up to four years' practical training.

A trained climbing arborist made about $25 an hour.

Even though better technology and techniques had pushed arborists' retirement date out by a decade, the physical work took a toll on the body, he said.

"There's not many climbing arborists in their late 30s."

He climbed commercially for about 15 years around the world and was never short of work, he said.

"There is such a shortage of arborists that if you have a permit, you can get a job ... I've always found it a very exciting job.

"As a climbing arborist, it's just great. It's energetic and perceived as sexy - there's harnesses and chainsaws and lots of guys running around doing heroic stuff."

Christchurch could easily "gobble up" another 20 arborists and Queenstown and Central Otago needed more, but Dunedin was all right, he said.

Dunedin was rural enough that most residents knew someone with a chainsaw and a do-it-yourself attitude.

But untrained arborists could do irreparable damage to a tree or themselves, he said.