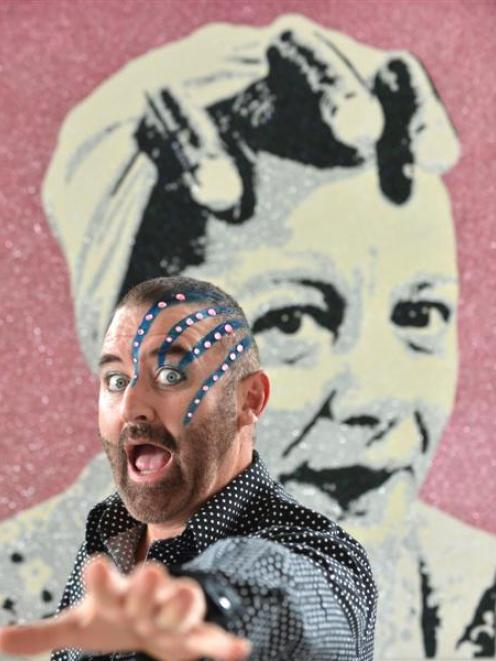 The Dunedin composer, musician and artist celebrates his career next week with an exhibition that pays tribute to the cultural identities who influenced him.

''I wanted to start the year with something positive and colourful, that would be fun for Dunedin, and pay tribute to the people who were important to me,'' Manthyng said yesterday.

''They are all people who influenced me as a performance artist and a songwriter. They were part of my culture, growing up.''

''Icons'', at the Dunedin Community Gallery from January 17-28, features a dozen 80cm by 100cm glitter on canvas works of identities such as Grace Jones, Farrah Fawcett, the Queen, Debbie Harry and Wonder Woman.

''Hopefully, there's something for everyone,'' Manthyng said.