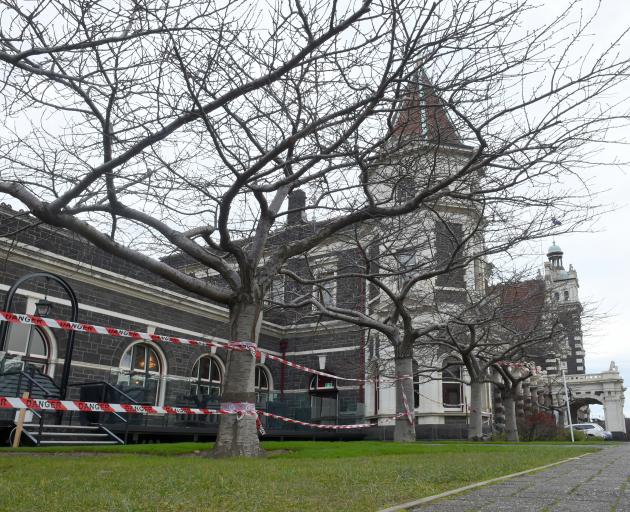 Plumbing, electrical and IT communications staff were among those installing services in underfloor areas of the building before the asbestos was detected, the Dunedin City Council confirmed yesterday.

DCC organisational development and performance director Marian Rillstone said the risk to workers was considered ''incredibly low'', as the find was in damp soil and not airborne.

However, Worksafe had been notified and the affected workers advised to consider adding their names to Worksafe's asbestos exposure database if they were concerned, she said.

The council, as the building's owner, was working with Worksafe, Cobb & Co's directors and the contractors involved in the restaurant's fit-out to ensure the situation was managed appropriately, she said.

Parts of the railway station were tested for asbestos last November but underfloor areas at the north end of the building - where the Cobb & Co restaurant now was - were not examined, Ms Rillstone said.

Traces of the toxic mineral were only detected after an underfloor area at the southern end of the building was tested for asbestos in recent weeks.

When soil tests results came back positive, the council ''immediately'' halted work on the Cobb & Co site at the northern end of the building while its underfloor areas were tested, she said.

The results also confirmed asbestos in the damp soil, while air samples found no trace of contamination, she said.

The contaminated area had since been sealed, allowing work to resume and the restaurant to open on July 4.

The contractors had also met an occupational physician and been offered other help, Ms Rillstone said.

The council, as the building's owner, was required by law to be aware of hazards and inform contractors and others on site of them, she said. It was also responsible for checking employers were taking steps to keep their workers safe.

''From my perspective, I'm perfectly comfortable that we have acted responsibly.''

Cobb & Co director Ange Copson said the discovery ''did slow down the proceedings a little bit'', but had been handled appropriately and posed no risk to diners.

''There was some concern for our contractors that had been working on the property, but there were checks put in place.''