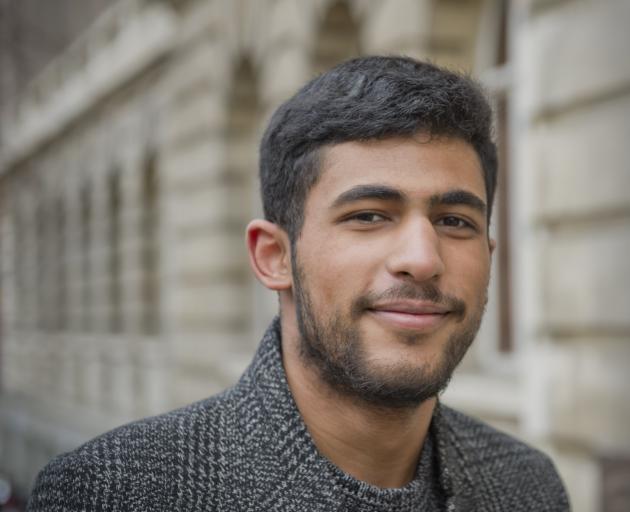 He was proud to get into the Otago Medical School within a few years of reaching New Zealand.

"Getting in med is my biggest achievement as I have always wanted to become a doctor," he said.

Finding his way through the system had been "so challenging" for him, and he knew he was not the only refugee who struggled to get to their goal and access the education system.

The Hope Makers club, established last July, has 70 student members, about half of them former refugees, and the others keen to provide support.

It aims to help students from refugee backgrounds to succeed in higher education, and to make the transition into university more enjoyable.

Mr Abusaleeq’s other aims included advocating for students’ rights and building a network at the national level.

A collaborative research project, led by Associate Prof Vivienne Anderson, of the University of Otago College of Education, also seeks to make it easier for former refugee pupils to navigate their way from secondary into tertiary education.

Mr Abusaleeq said the Otago club was one of several recent positive developments, but former refugee students remained "way behind".

Support had been offered by local people, but much more had to be done.

There was a need for more funds and support from the university, and better recording of refugee background students at Otago so that supporters could reach out to them.

Mr Abusaleeq is a Palestinian, born in the Gaza Strip which, since 2005, had been "an open air prison", he said.

The area had been under "ongoing land, air, and sea blockade" by Israeli occupation forces.

During three earlier wars (2008, 2012, and 2014), the situation in Gaza had been critical, and many civilians, including children, had been killed.

Mr Abusaleeq left the Gaza Strip in 2018 and had been in New Zealand during last month’s major conflict.

However, his heart and mind had been back with the people he had grown up with in the occupied territory.

In addition to his club responsibilities, Mr Abusaleeq had also been elected to be part of the New Zealand Red Cross national youth panel and was "keen to get more involved when it comes to youth" and to make a "positive impact".

He was passionate about medicine, had previously mentored students and continued "to give back whenever a chance comes my way", he said.