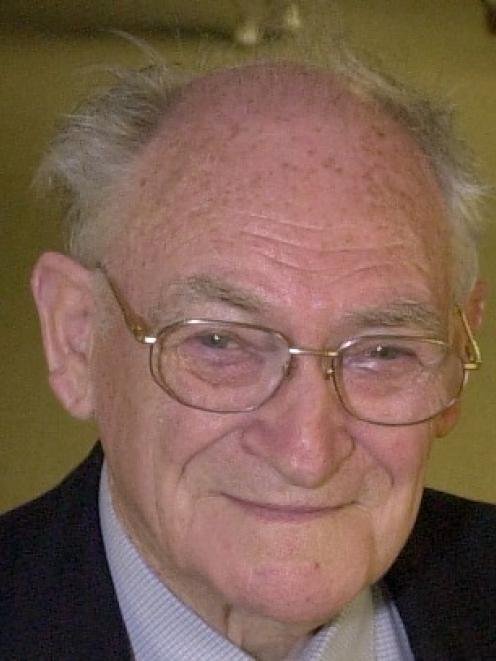 Herbert Harris
The Otago Chamber of Commerce has launched an attack on Dunedin's draft transport strategy, saying it pushed a ''questionable agenda'' of sustainability while ignoring major transport issues.

The strongly-worded rebuke came in the chamber's submission on the Dunedin City Council's draft strategy, presented on the first day of a two-day public hearing yesterday.

However, Prof Herbert Harris, a member of the chamber's logistics committee, also offered an olive branch at the hearing by suggesting a joint working party be formed to fix the document's flaws.

The draft strategy sought to identify and address key transport challenges facing the city over the next 30 years, beginning with improving the city's poor road safety record.

Initiatives proposed included everything from a multimillion-dollar central-city upgrade, to improved cycleways, bus services and a new eastern freight bypass.

Many of the 64 submissions received supported the draft strategy's approach, and those speaking yesterday largely echoed that sentiment while suggesting some improvements.

However, Prof Harris said the strategy was of ''major concern'' because it ignored the inadequate arterial route through the city, a lack of commuter parking and the significance of the road link to Port Otago.

''The chamber has strong concerns about the inadequacies of Dunedin's transport infrastructure, and does not see this transport strategy document as addressing those inadequacies.''

The document needed a ''much firmer vision'' of the future, including the need to retain major industries, and what that meant for the city's transport infrastructure, he said.

That included protecting unrestricted access to Port Otago from north and south, but key roads were already ''suffering from a wrong emphasis on purpose''.

Instead, the document contained a thinly-veiled ''agenda'' of sustainability and was ''hardly worth the time and effort of the populace making a comment''.

However, subcommittee member Cr Jinty MacTavish said the chamber's comments were not surprising as they appeared to be based on a summary of the draft strategy.

Council transportation planning manager Sarah Connolly also defended the strategy, saying international consultants had helped shape it, while key stakeholders - such as Port Otago - were consulted through related initiatives, such as the city's spatial plan.

Prof Harris said the council had the ''basis'' for a good strategy, but needed to join with the chamber to consider improvements - ''I think the council would get a lot more respect if it was seen to be taking on outside information,'' he said.

Waikouaiti Coast Community Board chairman Gerard Collings said the council needed to do more to plan for rising petrol costs, which could otherwise threaten the viability of some outlying communities.

The council did not have the money to increase funding for improved public transport links to places such as Middlemarch, and so needed to encourage community services - such as libraries - in those areas, he said.

If nothing was done, communities like Waikouaiti ''will struggle to survive'', he warned.

Other submitters called for improved public transport and cycling facilities, including more separated pathways, and

for popular northern routes - such as Mt Cargill Rd - to be recognised in the council's strategy.

The most innovative submission of the day came from three Queen's High School pupils, who called for the council to ''be bold'' and close George St and the Octagon to vehicles.

The move might prompt initial opposition from shop owners, but had been shown to attract more pedestrians and boost business, the hearing was told.

He will make his case today before the hearing concludes.