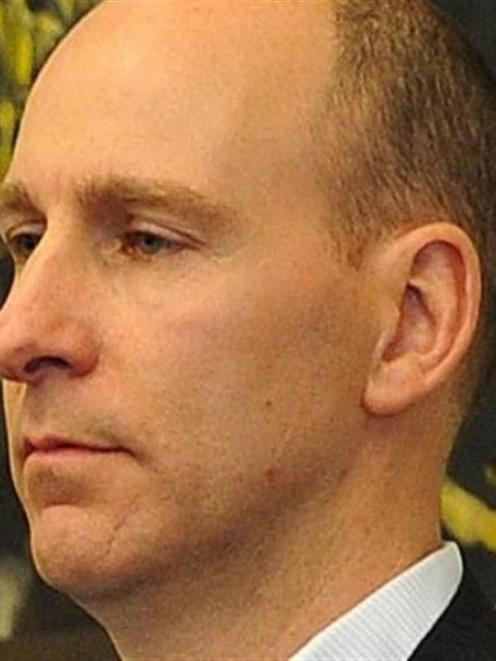 Grady Cameron.
Dunedin City Council-owned lines company Aurora Energy says a planned $139.2 million investment in its network will create about 20 jobs and help ensure the lights stay on as growth picks up in Central Otago.

The company's five-year spending plan would result in upgrades and replacement of key pieces of ageing infrastructure across the network, which supplied 83,000 customers in Dunedin and Central Otago.

Some parts of the network were more than 60 years old and ''coming to the end of [their] useful economic life'', Aurora chief executive Grady Cameron told the Otago Daily Times.

Work in Dunedin would focus on renewing or replacing ageing infrastructure, including substations, power poles, cables and a control room inside the company's Halsey St headquarters.

But with economic activity picking up in Central Otago, the investment also aimed to enlarging the network's capacity there to match rising energy demands from developers and irrigators.

That included from residential subdivisions such as the Northlake Special Zone in Wanaka, approved last month, which could eventually add almost 1400 houses to the town, boosting its population by 50%.

''We have sort of got a network of two halves.

"The Central Otago network is very much a growth network, and we're seeing a lot of [growth], whether it be residential growth, or whether it be predominantly farming irrigation load growth up there.

"That's requiring investment as part of that.

''The developers are starting to get a little bit more excited ...

The work would also generate spin-off benefits for another council-owned entity, infrastructure company Delta, which already managed Aurora's network and shared the same management and directors.

The new jobs would be a mix of office and field-based roles, with about 60% of the workers based in Dunedin and the rest in Central Otago, he said.

While most of the work would be carried out by Delta, some specialist subcontractors could also do some of the work, he said.

Mr Cameron said the ''significant additional investment'' in Aurora's network would see the company's annual capital spend increase from about $20 million a year to $32.9 million in 2014-15, and to $34.6 million in 2015-16, before declining again.

The company would have spent about $100 million on capital improvements if spending levels from recent years had continued, meaning increased investment amounted to about $40 million extra over five years, he confirmed.

It would also cost the council, as Aurora's annual dividend - passed on to the council and used to offset rates - dropped by $2 million a year, to $7.5 million, from 2015-16.

However, Mr Cameron said the work had been well-signalled and was ''manageable'', with network investment typically followed by a ''very long recovery'' over the life of the assets.

''We're at that capital lift stage, so it does require significant additional investment, but nothing that's not within the control of the organisation,'' he said.

''The network's in an appropriate state for a network of this age, but it's now at the point in time where it needs reinforcement, it needs replacement . . . to continue to develop.''