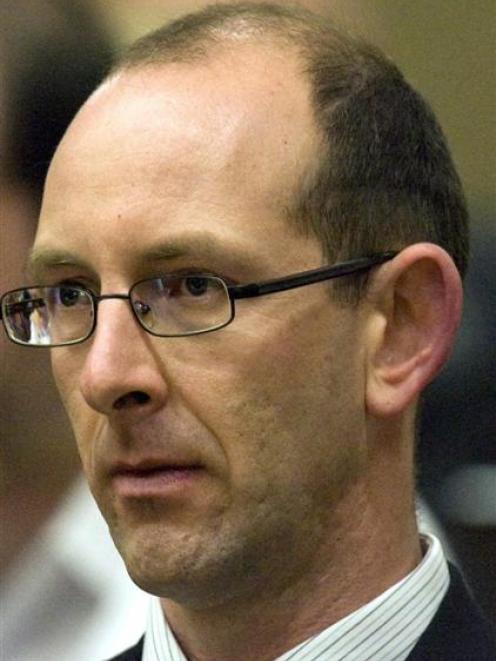 David Bain.
A decision on David Bain's compensation claim is imminent, following confirmation Justice Minister Judith Collins has received a report from the judge appointed to assess the claim.

Canadian Justice Ian Binnie, who visited Dunedin in July as part of his work, has completed his report on Mr Bain's compensation claim for wrongful conviction and imprisonment.

That report would now be considered by Ms Collins.

"I will be making a further announcement on Mr Bain's claim in due course," she said.

"I want to thank Justice Binnie for his very comprehensive work. I will be meeting with him in the next two weeks to discuss the report."

The report would not be released until a decision on whether to compensate Mr Bain had been made by the Cabinet.

Mr Bain was convicted in 1995 of murdering his family and spent 13 years in jail before being acquitted in a 2009 retrial.

The retrial came after the Privy Council in 2007 quashed his conviction after finding there had been a substantial miscarriage of justice.

An application for compensation for wrongful conviction from Mr Bain was received by former justice minister Simon Power in March 2010.

Mr Bain's claims fall outside Cabinet guidelines for compensation - which were limited to those who have had their conviction quashed on appeal without order or retrial, or who have received a free pardon.

Because Mr Bain was acquitted following his retrial, his claim fell outside the guidelines, but the Cabinet also had residual discretion to consider claims in "extraordinary circumstances", where it is in the interest of justice to do so.

The criteria for claims that fall outside the Cabinet guidelines were stricter, and being able to establish innocence on the balance of probabilities is a minimum requirement, but the applicant must show there is an aspect of the case that is extraordinary.