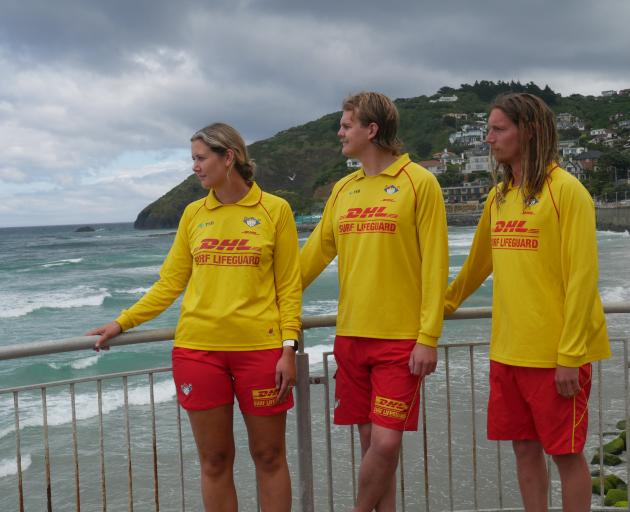 Last season, there were 18. Poor weather meant fewer people on the beach.

Also, this year, there have been three rescues by members of the public.

On the first day of patrol, while lifeguards were refreshing their skills, two people had to be pulled out of the water, he said.

A few weeks ago an off-duty lifeguard happened to be at a beach when a member of the public needed help.

Mr Cook urged people to swim at patrolled beaches, swim with others, stay within their depth and educate themselves on what a rip looked like.

He anticipated there would be more people at the beaches this summer, since they could not go overseas due to the Covid-19 pandemic.

If they were engaging in water sports, it was important they were educated around water safety and maritime regulations, he said.

St Clair Surf Life Saving Club lifeguard Isaac Davies said in a previous season, a lot of the people who needed to be rescued were males in large groups.

Often, they were swimming in non-patrolled areas, like between St Clair and St Kilda beaches or at Tomahawk beach.

Some entered the water into a big hole with no waves which, to the untrained eye, looked safe, he said.

"In some instances they were under the influence so they were in a real bad spot within two minutes," Mr Davies said.

Alcohol impaired decision-making and made people more prone to hypothermia, so people should not swim if they had been drinking, he said.

"It’s about going to the beach, having fun and staying safe."

If someone needed help and there was not a lifeguard around, call 111, he said.

Swim in a wetsuit, if possible, and take extra clothing to put on after swimming because the water would be cold and weather conditions could change quickly, she said.

If the water did not look safe or people had doubts, they should stay out, she said.