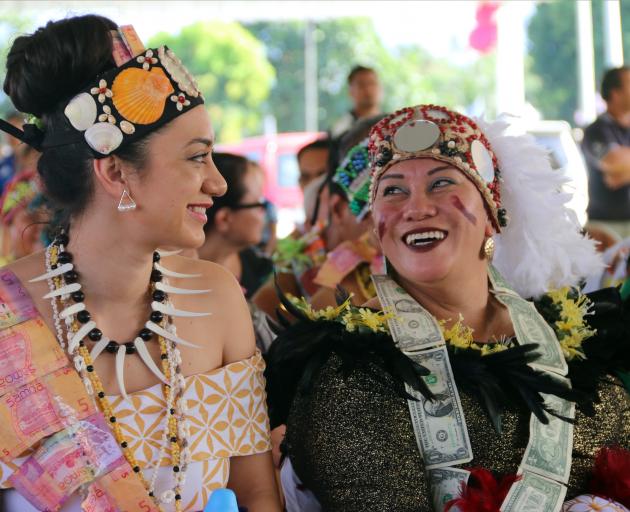 Miss Universe New Zealand finalist and Slewyn College senior tutor Latafale Auva'a is made a Samoan chief (matai) in Samoa at the weekend. At right is Ruby Sabbath, of Samoa, who received a different matai title. Photo: Blessed Sola
One of 20 finalists in this year's Miss Universe New Zealand pageant, Dunedin woman Latafale Auva'a, is now also a Samoan chief.

The 25-year-old barrister and solicitor, former Miss Samoa and Miss Pacific Islands title holder and senior tutor at Selwyn College, had the chief (Matai) title bestowed on her at a special ceremony at Vaitele, near the Samoan capital of Apia, last weekend.

"It's a huge honour and I'm still trying to take it in," Miss Auva'a said yesterday.

She was made aware three weeks ago the Samoan higher chiefs had approved her as someone who could be given the title of chief, for which her father had nominated her. But it was not until she was actually in Samoa she knew for certain it would happen.

The bestowment took place during a six-hour ceremony (saofa'i) which featured a variety of cultural displays and formalities, followed by an ava (kava) ceremony. One of the guests was Samoa's prime minister, Susuga Tuilaepa Sailele Malielegaoi, who holds the same chiefly title given to Miss Auva'a. 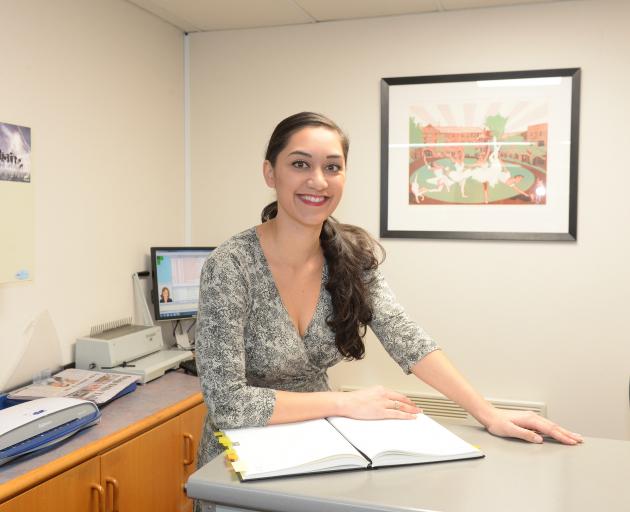 Miss Auva'a may now be a Samoan chief, but she still completed a full day of work and metings at Selwyn College yesterday. Photo; Linda Robertson
Asked whether it was unusual for a young woman to receive the title of chief, Miss Auva'a said it was becoming more common.

She had to have a special exemption because of her age, but the law now permitted Samoans aged 25 or older to be nominated.

Having the title bestowed was "a huge honour" and also meant she was taking on the responsibility of leadership, to serve her family, her village and her country.

"Being a Samoan chief means you have a commitment to your family, village and church. It keeps you connected to Samoa," she said.

Now back in Dunedin, Miss Auva'a is working hard on the challenge set for all the Miss Universe finalists - to run a fundraising venture in support of Variety Kids.

The challenge she had taken on was a variety concert showcasing some of Dunedin's musical talent.

It will take place at Selwyn College on July 25.