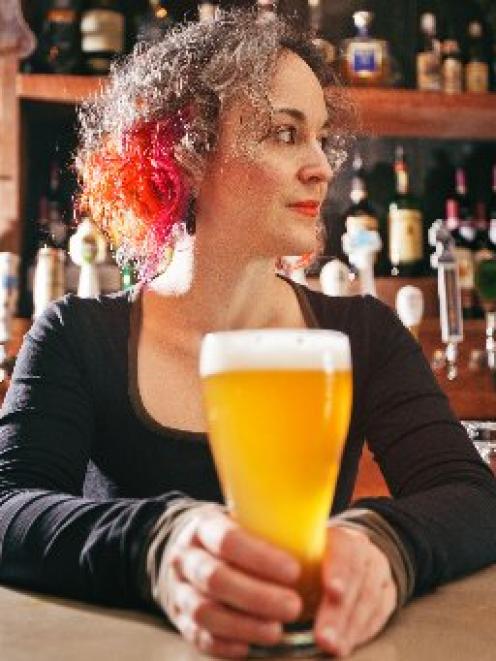 Ms Amato is one of seven Master Cicerones (beer sommeliers) in the world.

She has sat on the jury for numerous global brewing awards, including the prestigious World Beer Cup, was the first Canadian female to qualify as a Certified Cicerone and first non-United States resident to earn the title of Master Cicerone.

Ms Amato says she has dedicated herself to promoting local beer and the art of beer appreciation since 2007 and is looking forward to attending the festival.

''My favourite thing about beer, apart from the fact that it is delicious - of course, is that it is a multifaceted beverage. There are so many different ways to appreciate it.

"It's fascinating how much science is involved in crafting the perfect pint. This is a wonderful opportunity to visit Dunedin and be part of the ScienceTeller Festival,'' she said.

''I have always enjoyed beer and thought that I'd like to make a career of it but, at the time when I was going through university in the mid-90s it didn't seem like a realistic proposition.

Then, in 2007, I found myself contemplating a career change and decided that I owed it to myself to follow my passion and see where it led.

Fortunately for me, this decision coincided with a period of dramatic growth in the local craft beer industry as well as an increased consumer interest,'' she said.

Ms Amato had never sampled Dunedin beers such as Emerson's or Greenman before but said she looked forward to trying them.

Kiwi beer writer Geoff Griggs had assisted her with making the beer selection for her talk and helped connect her with the local breweries.

''As I'm sure you can imagine, it's challenging to select the right beers for the occasion when you haven't had the opportunity to sample any,'' Ms Amato said.

''Delegates at the festival are in for a fun and informative session with Mirella Amato. She will only be giving one talk, so anyone interested in attending the festival needs to register now,'' he said.

Ms Amato was the recipient of the 2012 OCB Center of Excellence Industry Choice Award in Food and Beer Matching Development.

She was a board member for the Canadian Amateur Brewers' Association from 2007 to 2010 and is a founding member of Toronto-based cask-conditioned ale advocacy group Cask.