The Macleans College (Auckland) choir rehearses under the direction of former Dunedin musician Steve Miles for the national finale of the Big Sing choral competition, which begins in Dunedin today. Photo: Peter McIntosh
In the bathrooms, in the corridors, in cafe queues, even on public transport - there will be humming and singing in all kinds of unusual places over the next three days.

More than 830 choristers from 24 secondary schools across the country have flooded into Dunedin for the start of the Big Sing National Finale in the Dunedin Town Hall today, and will be using any available space to rehearse their parts.

The Big Sing National Finale will conclude with a gala concert on Saturday from 6.30pm-10pm, which will be compered by television presenter and former New Zealand Youth Choir member Hilary Barry.

''I first auditioned for the New Zealand National Youth Choir when I was in sixth form [year 12] in 1986, and to my surprise, since I thought I'd done a very ordinary audition, I got in,'' Ms Barry said.

''I cannot understate how much I loved my Youth Choir experience, both the music and the friendship.

''To see former choir-mates like Tecwyn Evans and Simon O'Neill doing so well on the world stage makes me feel really proud too.

''On a performance level, I think the Youth Choir gave me confidence to use my voice, which has been handy given my chosen career.''

Big Sing Otago host co-ordinator Carole Randall was delighted the national finale was being held in Dunedin again, because it brought a buzz to the city.

''Working with young people and the atmosphere that they create and the commitment they give to excellence is very exciting.

''It's not often we get the country's best young singers here in the city all at once. So anyone coming along to listen can expect some very high-quality performances.

''We've had other overseas adjudicators in previous years who have said the quality just blows them away.'' 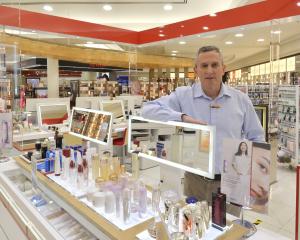 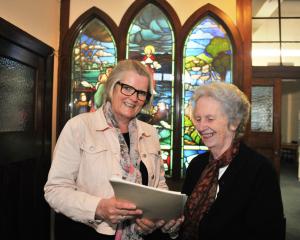