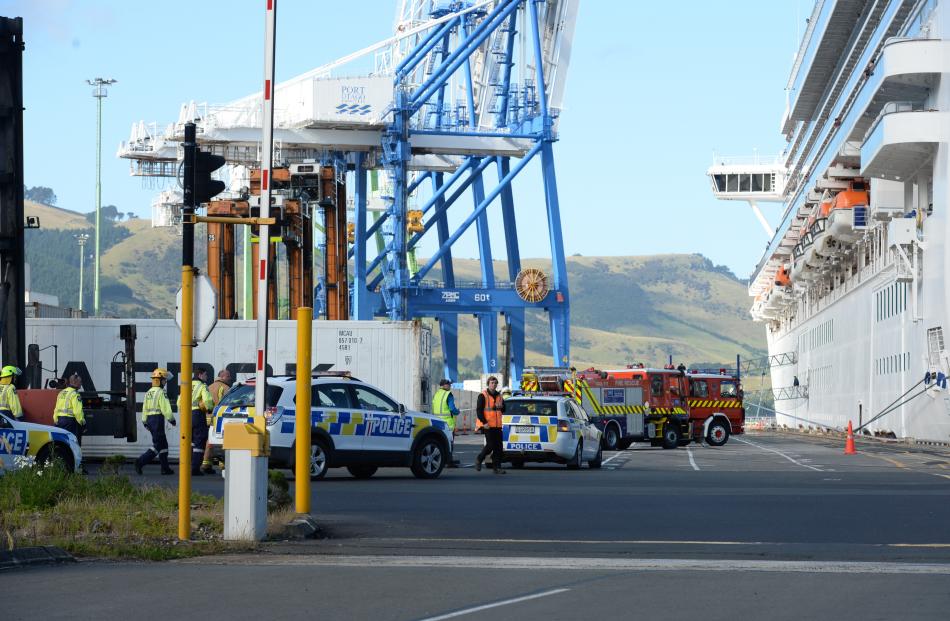 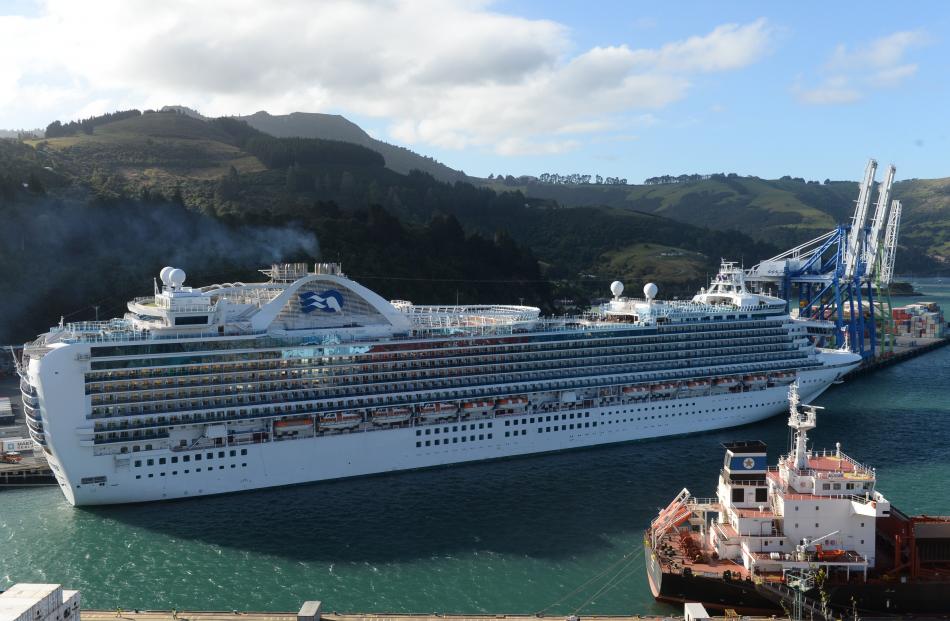 A passenger aboard a cruise ship on which a crew member died  has recounted the harrowing scenes which followed the horrific incident.

Crew and passengers of Emerald Princess are reeling after the man was killed while carrying out technical work on the ship in Port Chalmers about 4.45pm yesterday.

Police this morning said they had completed a scene examination, and confirmed the man was a Filipino.

Edna Welthorpe, a passenger on the ship, said she heard "an almighty explosion".

Passengers rushed over to the side of the ship and saw a severed hand lying near a gas cylinder on the concrete wharf below.

"The arm/hand was carried away in an ice bucket."

Ms Welthorpe said she was on the sun deck at the time of the incident, directly above deck seven where the ‘‘very, very loud’’ explosion occurred.

Passengers were told the crew member was filling the cylinder at the time it exploded.

‘‘The atmosphere on board is extremely sombre,’’ the New South Wales resident said.

‘‘I saw a number of passengers crying.

‘‘Imagine being away from home on this ship for nine months without seeing any of your loved ones and then something like this happens to one of your colleagues,’’ she said.

Emerald Princess was due to sail from Port Chalmers at 6pm yesterday, but remained in port last night following the tragedy.

The ship arrived from Akaroa about 7.45am yesterday and was due to sail to Fiordland.

Passengers were on the wharf walking back to the ship at the time of the explosion, he said.

However, none were injured by the falling gas cylinder.

‘‘Passengers who were returning to the ship at the time of the explosion were held in Port Otago’s cruise facility and then taken directly to the ship’s gangway by bus,’’ he said.

‘‘First reports indicate that the incident happened during some technical work on the hydraulic launching system on a tender vessel,’’ he said,

‘‘We are working closely with local police and other authorities and assisting in their response and inquiries.

‘‘We are deeply saddened that a member of Emerald Princess’ crew was fatally injured in the incident.’’

Otago Coastal area commander Inspector Jason Guthrie confirmed the dead crew member was a man and said no-one else was injured in the explosion.

Police were investigating the death on behalf of the coroner and had consulted WorkSafe New Zealand and Maritime New Zealand, he said.

The incident will be subject to a Transport Accident Investigation Commission investigation, Insp Guthrie said this morning.

A St John spokesman said the man died at the scene and although an ambulance was dispatched, it was not used.

It is understood the man suffered horrific injuries.

Maritime Union Port Chalmers-Dunedin secretary Phil Adams said he was working in the port’s control room when he heard the ‘‘massive explosion’’.

The union was not involved in the investigations into the man’s death, but would assist if required, he said.

It was believed the cylinder which exploded contained nitrogen, he said.