By Grant Miller and Vaughan Elder
3 Comments
Blood tests will help officials work out whether Waikouaiti and Karitane residents may be chronically affected by exposure to lead, a public meeting has been told.

Hundreds of people packed the East Otago Events Centre hall in Waikouaiti tonight to discuss the state of water affecting about 1500 residents in the townships north of Dunedin, amid growing anger about multiple bungles.

There was standing room only at the venue and people lined the walls at the meeting called by Public Health South.

Residents have been advised not to drink tap water since Tuesday after lead was detected at the Waikouaiti raw water reservoir. 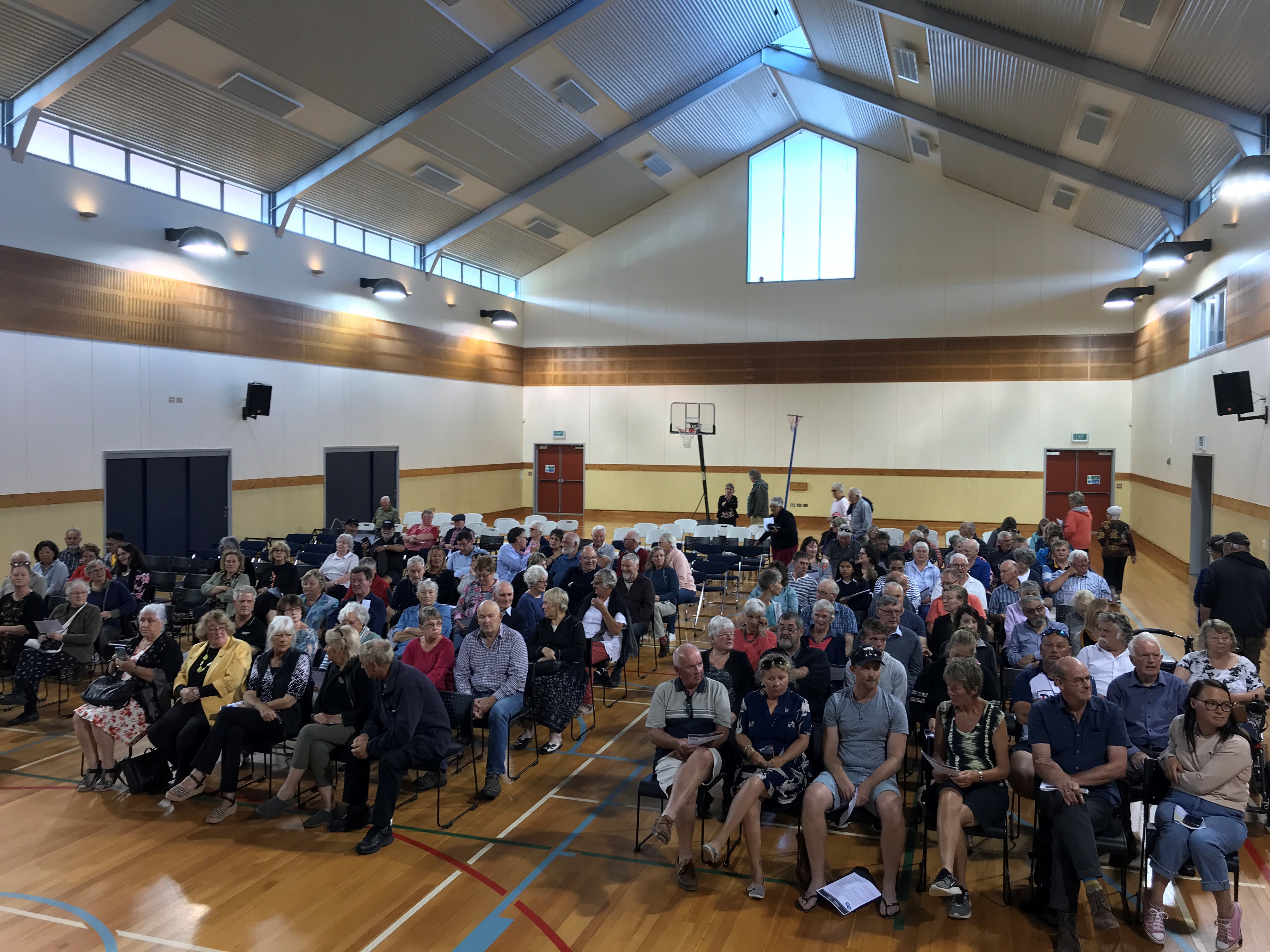 A large group gathered for the meeting in Waikouaiti tonight. Photo: Gregor Richardson

There have been gaffes, including an email to the Dunedin City Council remaining unopened for weeks, the council publicly understating a high lead reading and council chief executive Sandy Graham being out of the loop until this week.

Southern District Health Board's Medical Officer of Health Dr Susan Jack and medical toxicologist University of Otago and National Poisons Centre Director Dr Adam Pomerleau were at the meeting to discuss  health impacts of lead exposure, what they know about the possible exposure so far and information about lead level blood testing clinics for Waikouaiti and Karitane next week.

Testing to be carried out from next week would be free, Dr Jack told those gathered tonight.

Last night, the council conceded a lead reading from a sample taken in December was almost 40 times the acceptable limit. Council staff had initially said the reading was about four times the limit.

Authorities did not grasp the lead limit had been exceeded by such an extent until this week, Dr Jack said. But officials have so far stood by their assertion intermittent elevated lead levels recorded since August - six exceeded the limit - did not warrant a notice advising against drinking the water until Tuesday. 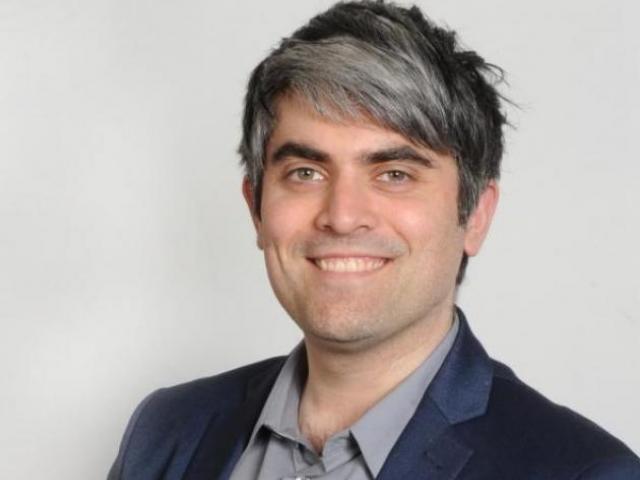 Waikouaiti Coast Community Board chairman Alasdair Morrison said he wanted the meeting to focus on the present and future, rather than the mistakes of the past.

Mr Hawkins said the city council was committed to supporting the community and focused on getting to the bottom of the problem.

"I appreciate that this is a distressing time," he said.

Cr O'Malley, a scientist, said the council had taken samples since July last year to assess the integrity of pipes and possible corrosion.

An elevated level of lead was immediately evident at one site.

Cr O'Malley said a high reading from a December 8 sample - a result sent to the council on December 18 but not noticed until January 7 when a staff member returned from leave - was followed by results that were not a concern.

"What we think we're looking at is what might be best described as a pulse," he said.

It appeared that the water was fine most of the time, he said.

But results were unpredictable, and it was therefore considered not safe to allow drinking of the water to continue.

The council has stepped up the frequency of sampling.

Towns around the country did not test for heavy metals frequently, Cr O'Malley said.

Dr Jack said it was unclear from intermittent spikes in lead readings whether there could have been significant exposure.

Babies, children and pregnant women were most at risk to the effects of lead exposure, Dr Jack said.

"Obviously, any lead intake is not good."

ESR has concluded the risk to lead exposure through the Waikouaiti drinking water system is likely to be low.

It was not known yet whether there had been long-term exposure, Dr Jack said.

"The thing with children we are concerned about is long-term development."

Blood tests of lead levels would shape understanding about whether there had been long-term exposure.

Young children may not show obvious illness but lead exposure over time may affect their development.

Lead in mothers can be passed on to unborn babies and to infants through breastmilk.

Late this afternoon, the council said the latest testing of water in Waikouaiti and Karitane contained extremely low or undetectable levels of lead.

Recent spikes in lead levels were unlikely to have created a risk of acute toxicity, but it was not impossible, particularly for young children,  Dr Jack said. 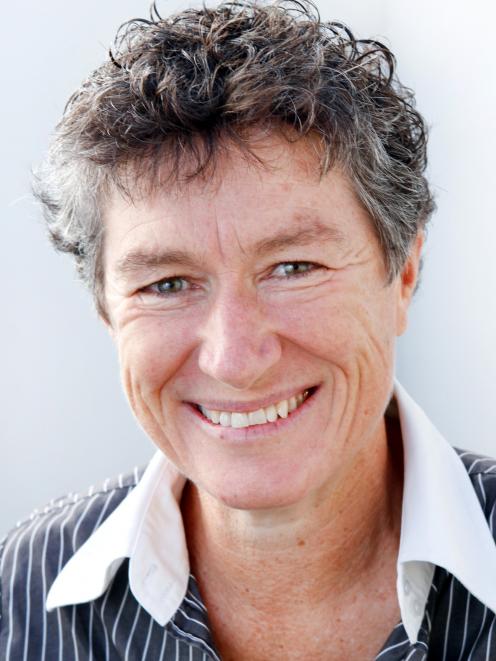 Three results taken from Waikouaiti TAB on main street (non-detectable), the Golf club (0.0044mg/L) and Karitane bowls club (0.0008mg/L) were all well below the acceptable limit of 0.01mg/L, while three results from the treatment plant were below detectable levels.

Ms Graham said the latest samples added to the 90 taken in recent months, which together have returned six results above acceptable limits and many more below.

“These intermittent elevated levels are still clearly a cause for concern, especially for the residents of Waikouaiti and Karitane, and we are pulling out all the stops to get to the bottom of this issue.

“But these results do underscore the point that we are dealing with fluctuating, occasional spikes – not prolonged exposure to high levels of lead in the water.”

Ms Graham also said she agreed with the Prime Minister Jacinda Ardern's comment today that the situation facing residents in both communities was unacceptable.

Ms Graham said that was exactly why the council issued the ‘no drink’ notice earlier this week and why council staff were working hard to find the source of the contamination and fix the problem.

This included moving to a daily testing regime, to more accurately pinpoint any future spikes should they occur. In the meantime, work had already begun to excavate and test the condition of some sections of old cast iron water pipes in Waikouaiti. 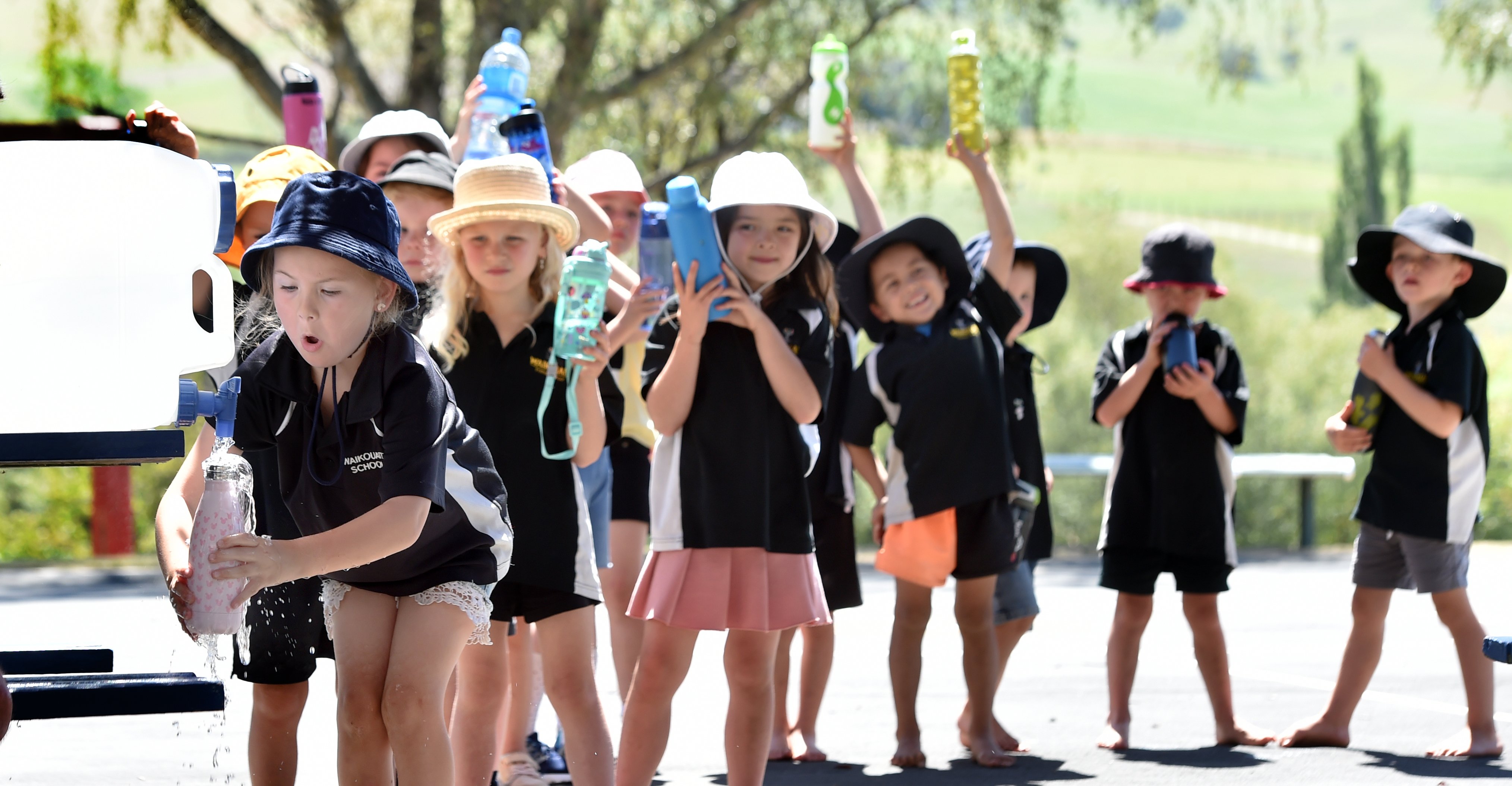 Waikouaiti School pupil Bonnie Goodman (6) fills up her drink bottle with water provided by the Dunedin City Council. PHOTO: PETER MCINTOSH
While the source of the contamination has not yet been confirmed, lead joins in older pipes, environmental contamination in the wider catchment, or even sampling errors, were all potential causes of the spikes.

As a result, where lead joins were used in older pipes supplying the affected communities, the council planned to replace these sections in the near future to remove that potential source of contamination from the network.

So far, extra testing had not produced any evidence of sustained elevated levels, beyond the spikes already reported, but efforts to trace the source and resolve the issue would continue.

“It was our increased testing which identified this problem, and our staff are working extremely hard to identify the source of the contamination and ensure our entire community has access to clean, safe, drinking water.” 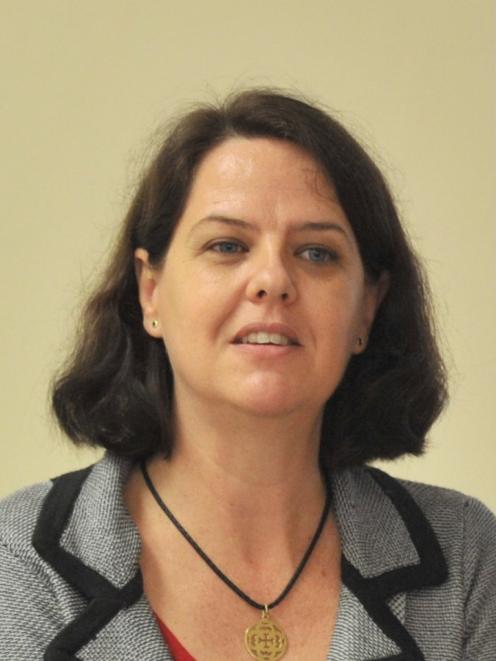 Dr Susan Jack. Photo: ODT files
Public Health South has announced when residents will be offered free blood tests at a series of clinics next week. The tests are expected to help officials work out whether the communities have experienced chronic exposure to lead.

The clinics will take place at the East Otago Events Centre, Waikouaiti, from February 9 to 12 at the following times:

Testing would be available for permanent Waikouaiti and Karitane residents and is free.

Residents unable to attend a clinic during the clinic times can request a test through their GP and this will also be free.

Parents were asked to bring children to the first two clinics, where phlebotomists (blood testers) who specialise in working with children would be available.

Those being tested would also be asked to complete a questionnaire, detailing other activities such as working with lead-based paint, hunting or leadlighting, that could mean they have had a higher exposure to lead.

"By not drinking the water, we no longer believe there is an acute risk to residents. Our focus is now on looking to see whether there has been any long-term chronic exposure to lead.

"This will help us understand if there are concerns with the wider water supply, or whether the spikes in the readings have been a localised issue," Dr Jack said.

Chronic exposure to lead in adults could lead to symptoms including tiredness, memory and sleep problems, headaches, joint pains, as well as nausea, diarrhoea or constipation, stomach pains and weight loss.

Lead toxicity could cause anaemia, kidney problems, neurological problems, higher blood pressure, and can have effects on reproductive functions.

Children and babies may not show any symptoms of low-level exposure, but long-term exposure to lead could still be harmful to their development.

Dr Jack said many of these symptoms are very general and could be attributed to a range of conditions.

“If you are experiencing these symptoms, you should not conclude this is due to lead exposure. However we do need to understand if there has been ongoing exposure to the community, and lead level tests in the blood will help us determine this.”

Sorry but DCC have a lot of explaining and catching up to do to regain credibility and trust. We need the facts from independent experts; we need regular publication of test results. Transparency should be the norm, not something that has to be demanded. Is Hawkins really up to the job?

I have never seen a city Mayor so out of his depth on TV as I did this evening.....the "Big Boy" pants were no where to be seen!

Has Hawkins resigned yet?