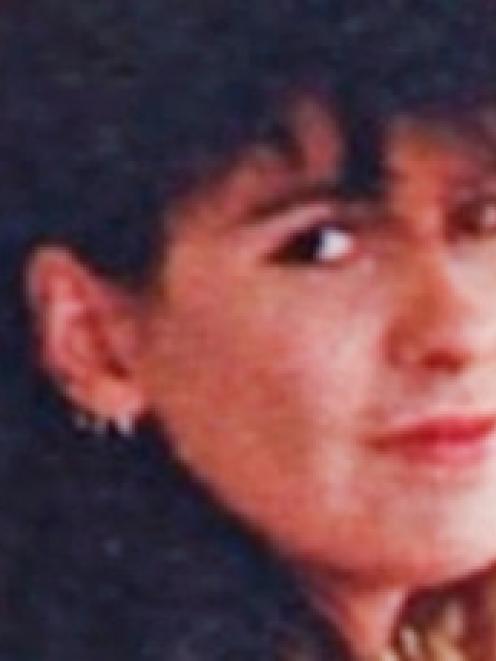 Karen Jacobs.
Police returned bloodstained knives used in the murder of a young Dunedin mum to her family - in a box with other items still covered in blood.

Karen Jacobs' battered body was found in her Dunedin bedroom by her mother, Maureen Watson, in July 1997.

The 26-year-old's ex-boyfriend, Gareth Smither, had stabbed her with knives and a garden spade while her 2-year-old daughter, Georgina, was in the next room. Smither remains in custody after being denied parole in June this year.

Finding her daughter like that traumatised Mrs Watson, who then sat through Smither's court case, seeing and hearing more of the details of Karen's death.

But the worst blow came when she opened a box given to her by police after the trial.

Mrs Watson has never shared her story; it was too upsetting and she never wanted Georgina to find out.

But she has decided to speak now because she wants people to know that for some victims, the nightmare never ends.

Several years ago Georgina asked if she could look through a box of her mother's things which Mrs Watson kept in the garage.

"I said no, because I didn't know what was in it," she said.

"I had a look and everything inside the box was still done up in paper evidence bags. The first one was the jewellery that Karen had on at the time she died. It was all damaged and skew-whiff. Then I found some of her jewellery boxes and they had big circles drawn all over them surrounding the splatters of blood that were still there. It must have been Karen's blood."

Mrs Watson was horrified at what police had given her back, but the worst was in the next bag.

"I opened it and it had a number of knives in it, from the set that Karen had in the house. They still had blood all over and they were numbered. They were the actual knives he used when he killed her."

Mrs Watson said it wasn't clear which knife was the actual murder weapon, but she was told by police that her daughter's kitchen knives had been used in the attack.

The box also contained Karen's wallet with the cash she had on the day she died still in it, her cigarettes and other personal items taken from the murder scene.

"I didn't show Georgina. I said to her 'you don't want to see this' and I put it all back in the box and hid it away ... I haven't looked at it again, and I won't. It was horrible looking through that stuff ... It's still the same as it was when she last had it on."

Mrs Watson decided not to alert police as she wants to put the horror of her daughter's death behind her.

But she would like to think that since the box was returned police had tightened procedures in terms of what was given back to victims after murder investigations.

"Why would the police give us those back?

"I just want to save some other families from going through this hurt and heartbreak," she said.

A police spokesman said: "As a general rule we would expect that any property or possessions are returned clean so as to avoid causing any further undue stress to victims and their families.

"As good practice, we would also expect to carry out a check of the property or items to ensure they have been cleaned appropriately."