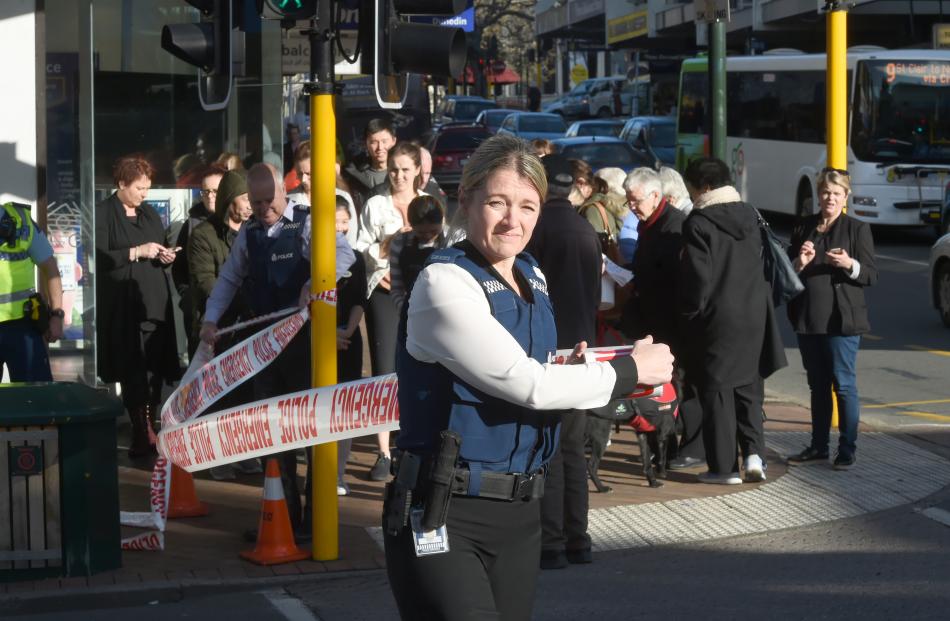 Police officers set up a cordon at the intersection of George St and Moray Pl, one of many to go up after the discovery of a suspicious package. Photo: Gregor Richardson 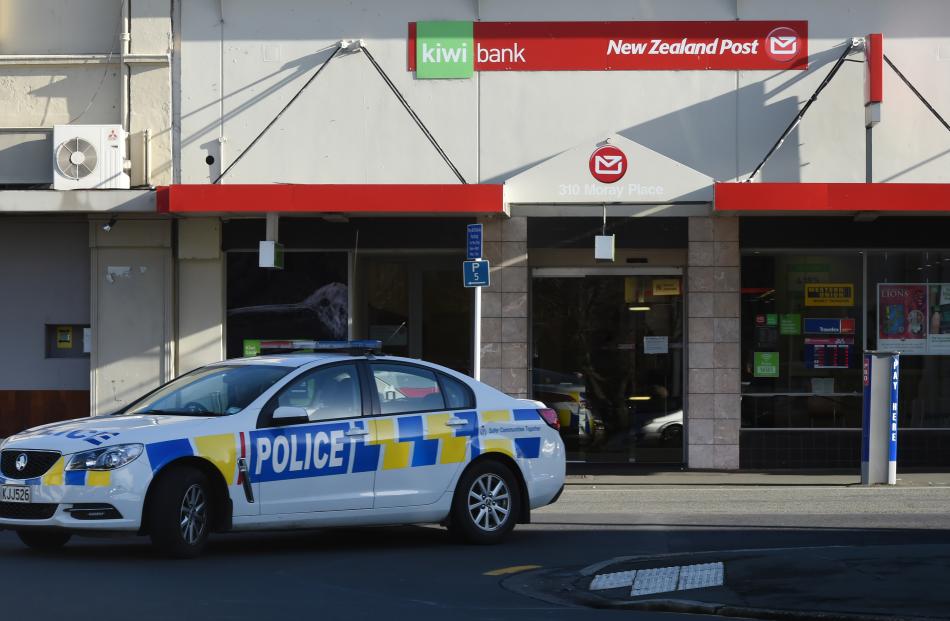 A patrol car is parked in front of the former adult entertainment venue where the package was discovered by a member of the public. Photo: Gregor Richardson 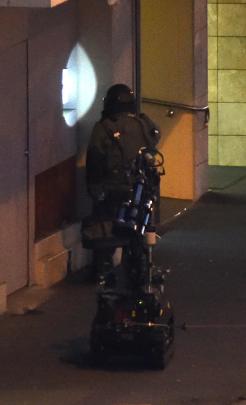 A member of the New Zealand Defence Force’s explosive ordnance disposal squad inspects the package after it was destroyed in a controlled explosion. Photo: Peter McIntosh 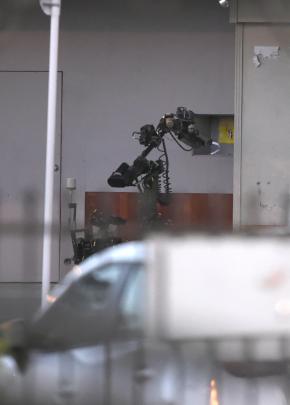 A robot operated by the squad inspects the package before it was destroyed. Photo: Gregor Richardson

The discovery of a suspicious package, accompanied by a worrying note, caused much of the central city to grind to a halt for several hours yesterday.

Police were out in force in the area after the package was found taped to the wall of former entertainment venue Diamond Lounge in Moray Pl about 12.40pm.

Nearby businesses were evacuated and members of the New Zealand Defence Force's explosive ordnance disposal squad were flown by helicopter to the city.

A controlled explosion reverberated around central-city streets shortly after 5pm. Police later confirmed the package was not a threat to the public. 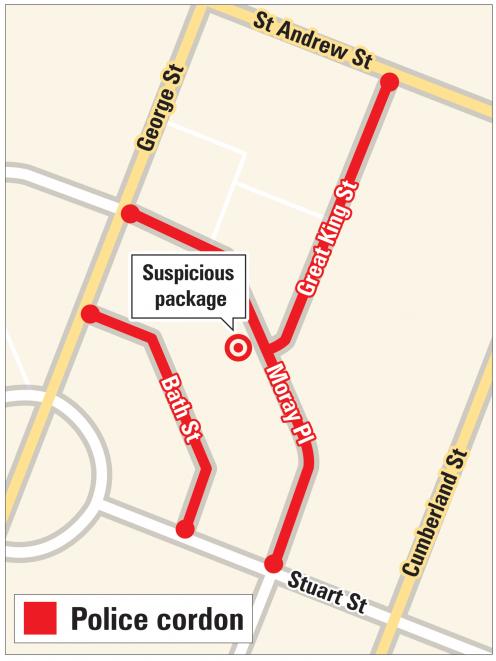 ''It was a small package wrapped in what appeared to be tinfoil with a note over the top of it,'' he said.

The nature of the package and the accompanying note caused police concern and led to the evacuation of nearby streets.

Much of the central city from Cumberland St to George St and Stuart St to St Andrew St was cut off from the public for several hours and about five businesses were evacuated as a result of threat, Insp Guthrie said.

The package was destroyed in a controlled explosion using a robot.

It could be seen working on the package for several minutes, before police officers told those in the area to take cover.

About 5.10pm an explosion was heard throughout the area.

''The suspicious package ... has been rendered safe and there was found to be no threat,'' Insp Guthrie said. 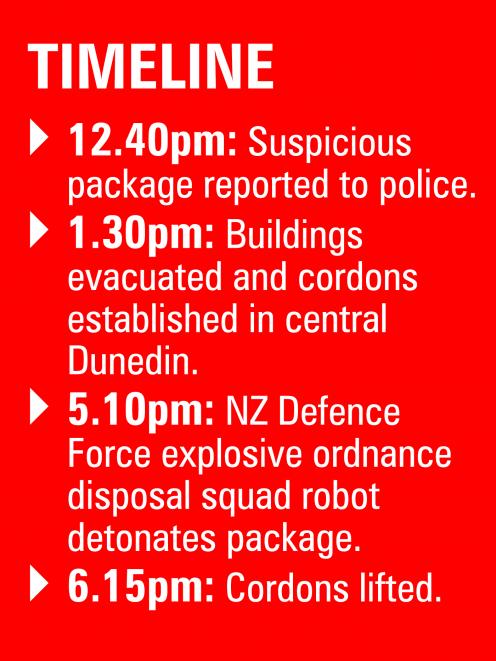 ''CIB will be involved in the investigation once the area is safe,'' he said.

Officers could be seen inspecting the remains of the package with torches shortly before 6pm.

Insp Guthrie would not discuss the details of the message taped to the package. No further information would be available until next week.

Among the businesses evacuated as a result of the scare was the Dunedin Central Countdown supermarket.

Corporate affairs general manager James Walker said all customers and staff were safely evacuated from the store. It reopened about 6.30pm.

An office worker from Moray Pl said police marched into his office and evacuated everyone from the ground and first floors.

''The police came into the building and said 'police are here - everyone leave','' he said.

A worker from Westpac bank said even those as high as the fifth floor of her workplace, about 100m from the site of the package, were told to leave for their own safety.

About 20 Central Dunedin police staff were involved in sweeping the area to evacuate businesses and establish cordons.

Police could be seen helping those with vehicles trapped inside the cordon by taking their keys and driving the cars out.

The former strip club building, to which the package was attached, went out of business in 2013. It has remained boarded up since.

So they can investigate only remains of the package? Was robot equipped with cameras, x-ray or anything else to get the idea what's inside before exploding it?