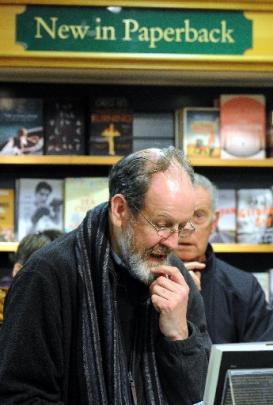 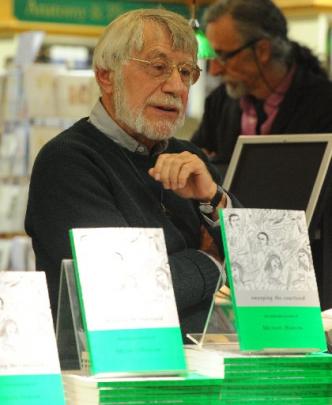 ''It's still sinking in. It's an achievement, I suppose,'' the veteran journalist allowed at the University Book Shop launch last night.

Gibb (61) began writing poetry as a youth and his work has been published in New Zealand literary magazines since the 1970s.

However, the publication of his poetry collection, The Thin Boy and other poems, was more than 30 years in the making.

''I just never got around to doing a book of poetry. But I've been thinking about it for, literally, 30 years.

''At my tender age, it is something of a photo finish between the cradle and the grave. If I do another one, I'm mindful that the lead time has to be somewhat less than 30 years.''

An ODT science and university reporter for the past 25 years, Gibb launched the book alongside Alexandra poet Michael Harlow's latest collection, Sweeping the Courtyard.

Harlow was the 2009 University of Otago Robert Burns Fellow and published The Tram Conductor's Blue Cap the same year.

''Poetry is a way to have regard for what we have,'' he said.

''Poetry can make intimate everything it touches.''

The Thin Boy and other poems and Sweeping the Courtyard are published by Cold Hub Press.