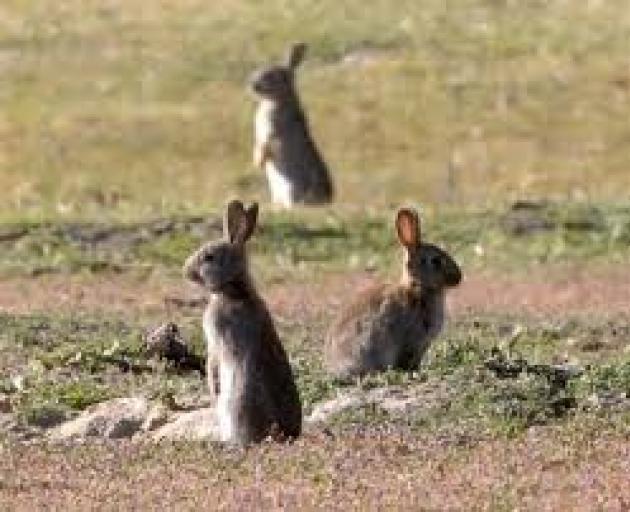 ‘‘The place had gone mad - there’s white rabbits, brown rabbits, black rabbits all over the school, cemetery and domain ... they are brazen and are out in the middle of the day.’’

Cemetery staff would begin night shooting soon but landowners had to make a combined effort to control the population, he said.

Board deputy chairman Hoani Langsbury said the Otakou Marae had lodged a consent application to build a car park at the front of the marae.

As part of the consent, the Dunedin City Council wanted the car park to include lighting, he said.

The marae and board did not want a ‘‘proliferation of lights at this end of the peninsula’’ so the condition would be contested, he said.

Mr Pope said the board’s position on low-level lighting was ‘‘to protect night skies and for ecological reasons’’.

The council has a toilet available to install at Smaills Beach for freedom campers to use, Mr Pope said.

‘‘The toilet is being held back until we desperately need it for that site.’’

If it was revealed a toilet was needed then it would be requested, but the move would go against a motion the board passed last year, requesting freedom camping be prohibited in the area, he said.