Boost for restoration of priory (+ video) 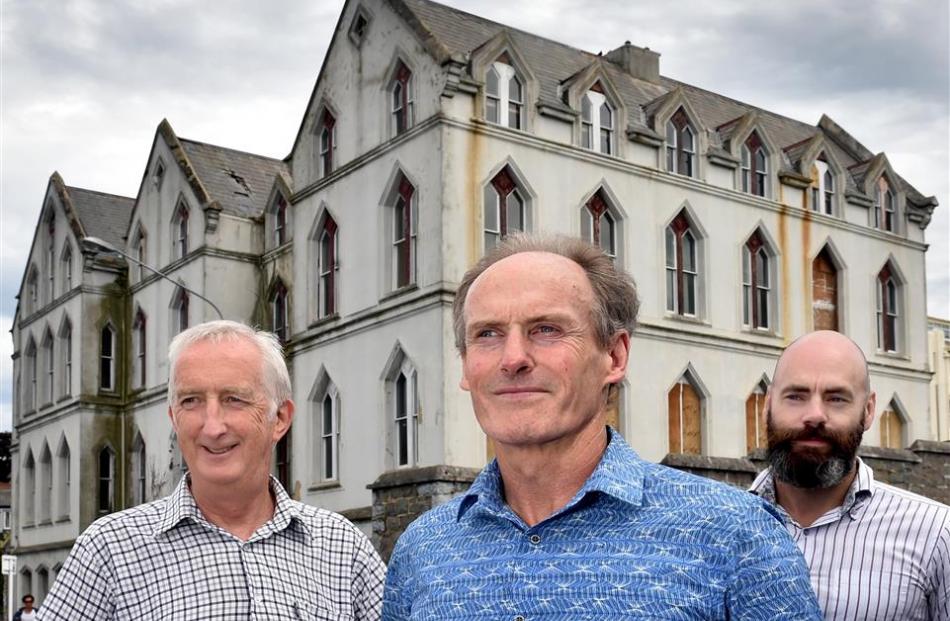 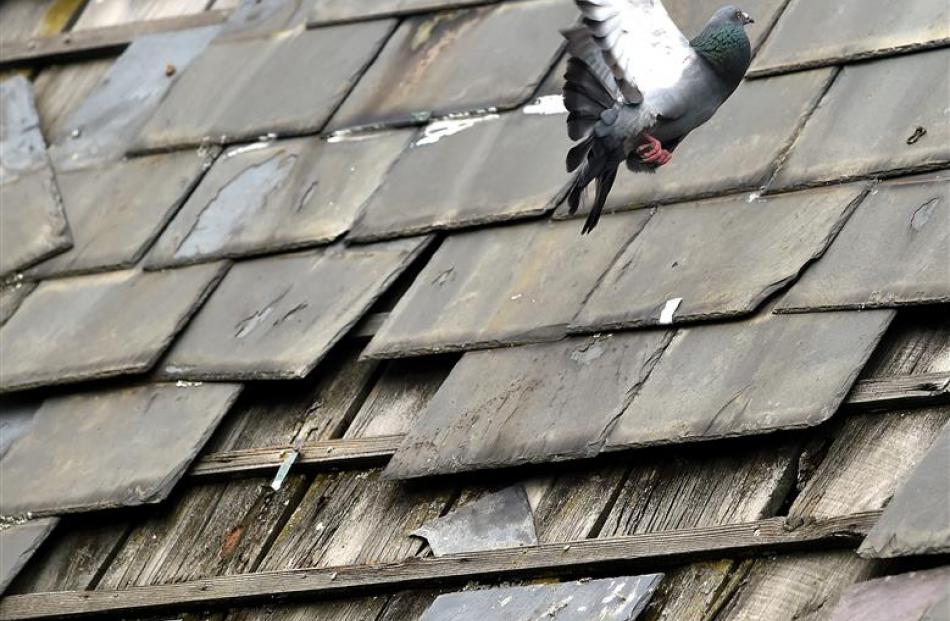 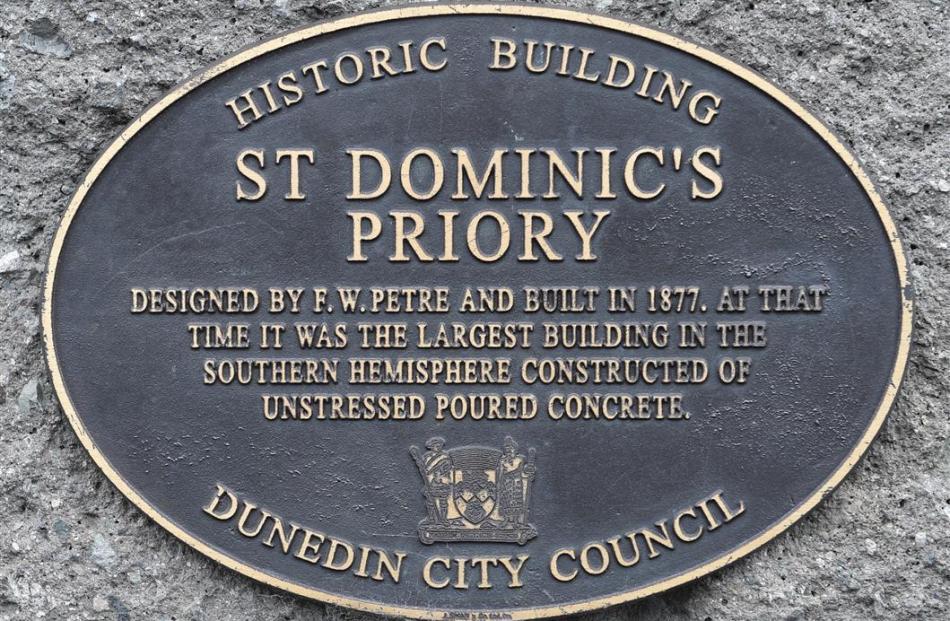 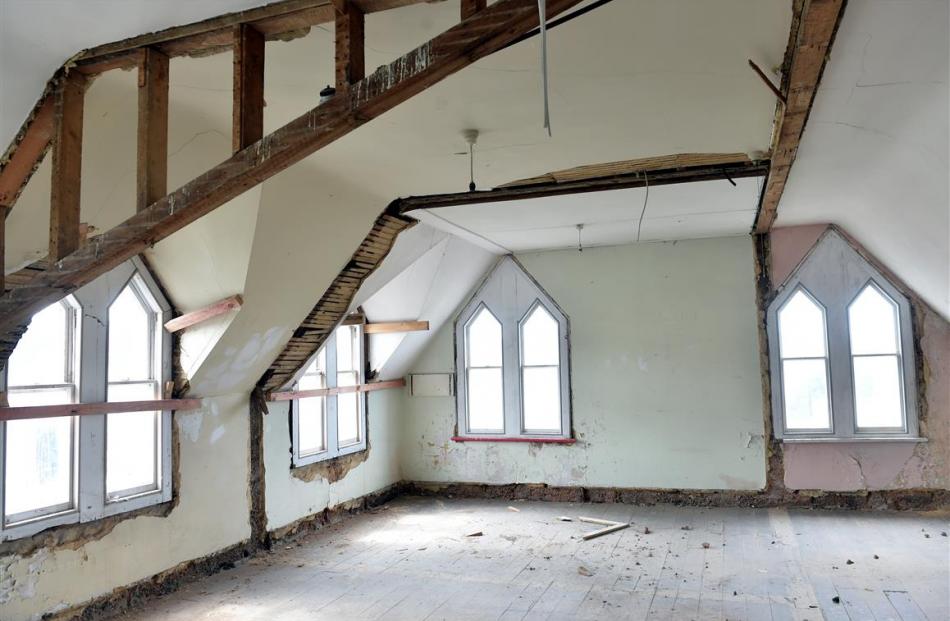 Much of the interior will need replacing. 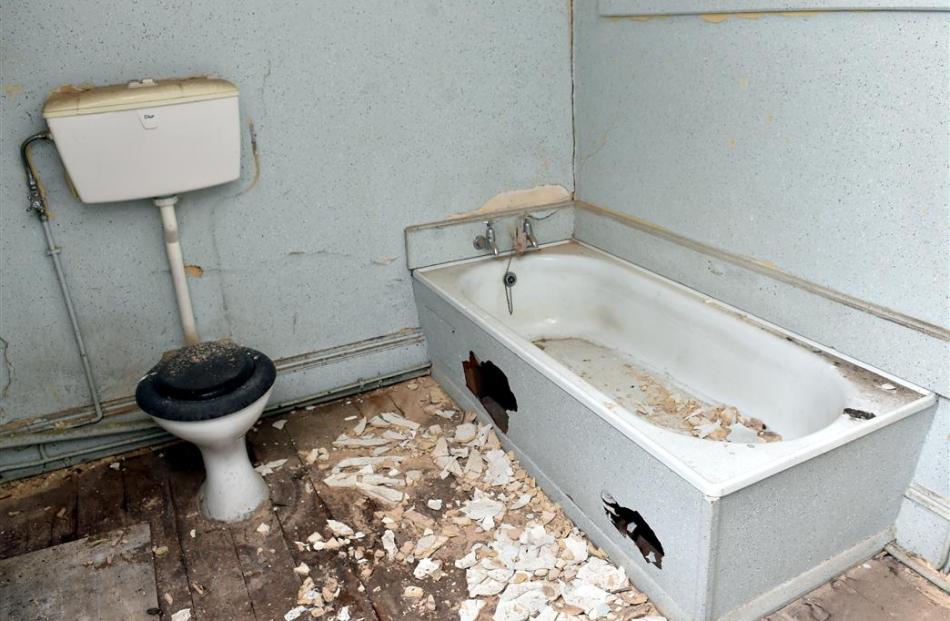 A bathroom shows the effect of more than 30 years of vacancy. 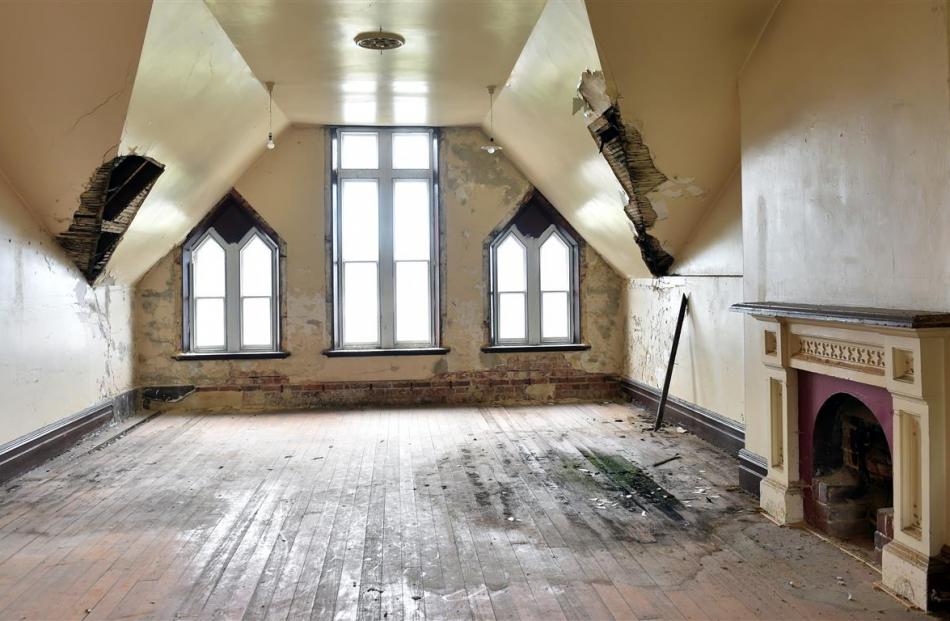 Significant damage and grand interiors sit side by side on the priory’s top floor. 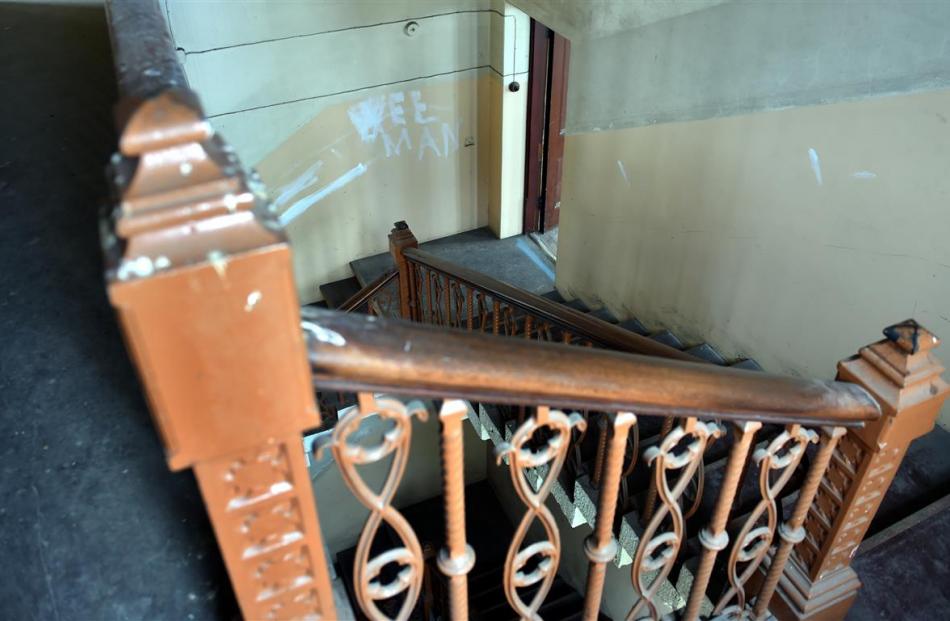 The grand floating concrete staircase which was an engineering marvel when built.

A new roof for Dunedin's Dominican Priory, considered one of New Zealand's most important and at-risk historic buildings, is a big step closer following a $100,000 grant.

Dunedin City Council's Dunedin Heritage Fund had committed the money from its 2016-17 budget.

The 139-year old priory was built to house the city's Dominican nuns and provide teaching space for girls.

Despite its vast scale and elaborate construction - its floating concrete staircase and double-glazed music room were cutting edge designs in their day - the building received little maintenance over its working life, Catholic Diocese of Dunedin general manager Gerald Scanlan said.

Believed to be the largest unreinforced concrete building in the southern hemisphere, with more than 70 rooms across four floors, the priory's Welsh-slate roof now had many holes.

That had resulted in significant water damage.

Vegetation, pigeons, both dead and alive, and pieces of crumbling timber now occupied the building's interior but the bones of the priory were still strong, Mr Scanlan said.

The roof replacement would include significant earthquake strengthening through the tying of rafters to the exterior walls.

About half the Welsh slate tiles would be reused, but the rest would need to be replaced with new tiles imported from Wales.

Mr Scanlan said further earthquake strengthening would be required, work that would be done during interior fitout.

While there had been interest in the building from several developers during the past decade - the building was sold ‘‘subject to conditions'' in 2005 to a North Island developer before the sale fell through in 2009 - a sticking point had always been the roof replacement.

The full job was expected to cost about $700,000, two-thirds of which the diocese hoped would come from the Lottery Grants Board.

The Otago Community Trust had also been approached.

Council urban design team leader Dr Glen Hazelton said the 2005 development's failure was not indicative of the current situation, as there was now considerable momentum behind the restoration.

‘‘I think the entire environment in Dunedin has changed; even the willingness between council and the diocese to converse.

‘‘Everyone is on board. Everyone's talking off the same sheet.''

While the heritage fund contribution represented half its available money for the 2016-17 year it was money well spent, ‘‘because it's one of the most important buildings in the city''.

‘‘It's considered one of Dunedin's, if not New Zealand's most significant historical buildings. So, for us, it's important to get this building off the at-risk list.''

Dr Hazelton said he was optimistic a suitable buyer would be found when the roof had been replaced.

‘‘I'm fairly confident on this one. In conversations we've had previously, that has always been a stumbling block with developers.

A boutique hotel or conversion to apartments were the most likely future use of the building, although the council was open to ideas, Dr Hazelton said.

The priory's redevelopment co-ordinator, Sean Toomey, said while there was ‘‘absolutely no guarantee'' the lottery grant would come through, initial conversations had been encouraging and the public interest in the project added weight to the case.

‘‘The contribution from the council screams out loud to everybody else that this is legitimate.''

Dr Hazelton said every bit of money found for the restoration of the city landmark was ‘‘a step on the way''.