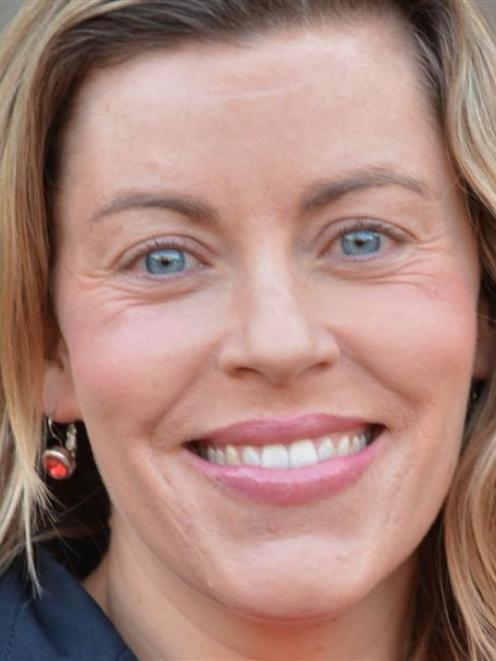 Sarah Gauthier.
The number of international students studying in Otago has dropped 5%, making it among the worst-performing regions in New Zealand.

Dunedin City Council export education co-ordinator Sarah Gauthier said part of the reason for the decline, amid an increase of 8% nationally, was because Dunedin had previously failed to market itself as a ''distinctive'' proposition to international students.

The drop comes after the launch of a plan, which forms part of the council's economic development strategy, aiming to increase the value international education brings to Dunedin's economy to $330 million a year by 2023, or double its present figure.

Education New Zealand figures released this week showed 3738 international students were enrolled in Otago in the January-April period, down from 3929 in the corresponding period last year.

This made Otago the third-worst-performing region, equal with Northland, with only Marlborough (-12%) and Hawkes Bay (-6%) performing worse.

A 20% decline in the number of secondary school pupils (from 551 to 442) was the major reason for the overall drop in Otago.

Ms Gauthier, who was appointed to her role this year, was keen to see the positive side, saying the national increase would eventually ''trickle down'' to Otago.

Part of the reason Otago was lagging behind most other regions was because of Dunedin's failure to sell itself as a ''distinctive brand'', she said.

However, this was changing, with Ms Gauthier and Dunedin educational institutions hard at work on ''project export education uplift''.

As part of the project, a ''Study Dunedin'' brand would be launched in November, she said.

''We just need to find that voice for Dunedin, within the broader story of New Zealand as a study destination.''

She was reluctant to be critical of the council's previous efforts regarding international education, saying ''people just didn't know'' about the importance of attracting international students.

A 33% increase in the number of international students studying in Southland over the same period was likely in part because of the work Venture Southland had done to sell the region.

Dunedin had been ''in the shadow'' of other regions, because there had been a marketing push elsewhere and no overarching strategy here.

However, there was a growing realisation schools needed to sell the region first and the individual school second.