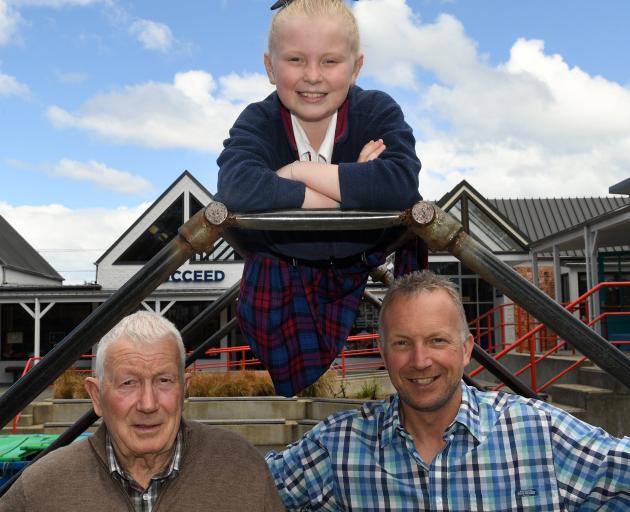 Former St Francis Xavier School pupils Tony (left) and Craig, and present pupil Lucy, are three of the four generations of the Bryant family who will celebrate the school’s centenary this weekend. Photo: Stephen Jaquiery
Craig Bryant was quick to put his hand up and admit he had done some things that ‘‘probably can’t be published’’ while he was a pupil at St Francis Xavier School.

The 44-year-old said by comparison, his daughter Lucy (9) was very well behaved at the school — a statement endorsed by the present principal.

But when her grandfather, Tony Bryant (76), claimed he never got into any trouble at all while at the school, it raised eyebrows in the room. 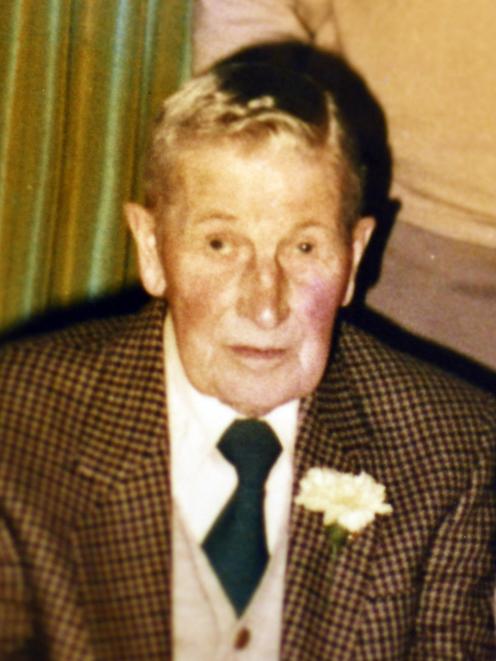 The late Gordon Bryant was a first day pupil of St Francis Xavier School in 1919. Photo: Supplied
Craig said with subtlety, if anything, the Bryant family might be living proof that evolution is fact rather than fiction, because their behaviour had definitely improved throughout the generations.

Lucy is the fourth generation to attend St Francis Xavier School in Dunedin.

The first member of the family to attend was the late Gordon Bryant — Tony’s father — who was believed to be a first day pupil of the school in 1919.

‘‘There’s a tribe of us that have gone through the school,’’ Craig said.

‘‘We feel like part of the furniture here now.’’

The Bryants are looking forward to attending the school’s centenary celebrations this weekend.

Principal Carmel Jolly said the school would be open all day on Friday, for parents and former pupils to visit, and in the evening there would be an official welcome, speeches, the cutting of the cake, generational photos, and a get-together.

On Saturday, a special Mass would be held at 5pm, followed by a dance and supper.

While Tony and Craig said they were most looking forward to catching up with some of their old school friends this weekend, Lucy said the highlight for her would be getting to eat some of the celebration cake.