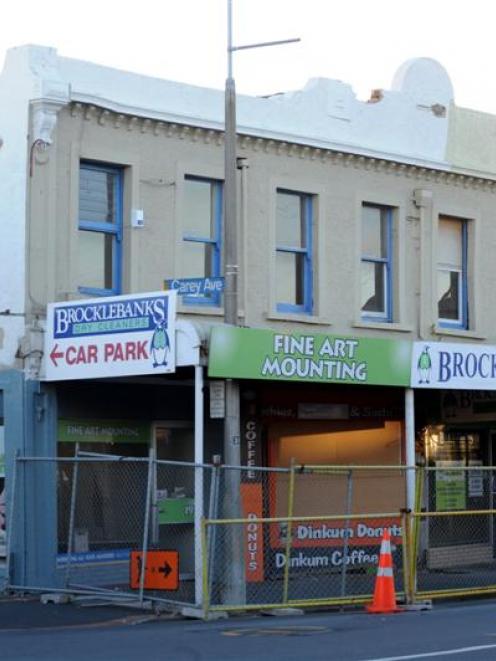 The footpath in front of the condemned building had been blocked to pedestrians. Photo by Peter McIntosh.
The Brocklebank building in South Dunedin is no more - finally.

An excavator rolled in and demolished the 100-year-old building early yesterday morning, more than a year after its demolition was ordered by the Dunedin City Council.

The Brocklebank family said they were mostly relieved to see the building finally come down, after a protracted battle to get resource consent to demolish it and rebuild, including a three-month wait for an archaeologist's report. 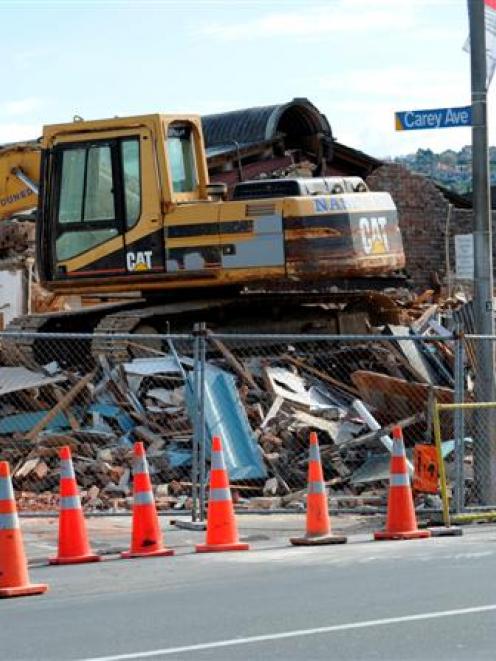 The Brocklebank building in South Dunedin was demolished yesterday after a year-long battle with red tape. Photo by Linda Robertson.
The council ordered the building's four tenants to vacate the building immediately after it was called in to inspect it when painters discovered cracks in the building last year.

Roger Brocklebank said the demolition had been a long time coming. .

His mother, Norma Brocklebank, said she and her husband, Cyril, went to watch the 7am demolition.

There were some sad feelings as they watched the old building tumble, she said.

The family had had a more than 60-year association with the building. She and her husband bought it from his father.

"It was a bit sentimental, but we are wanting to get on with things - it's been a long struggle."

The rubble was expected to be cleared by Wednesday and it was hoped the builders would be able to get started soon, and they could get a new building up by Christmas, she said.