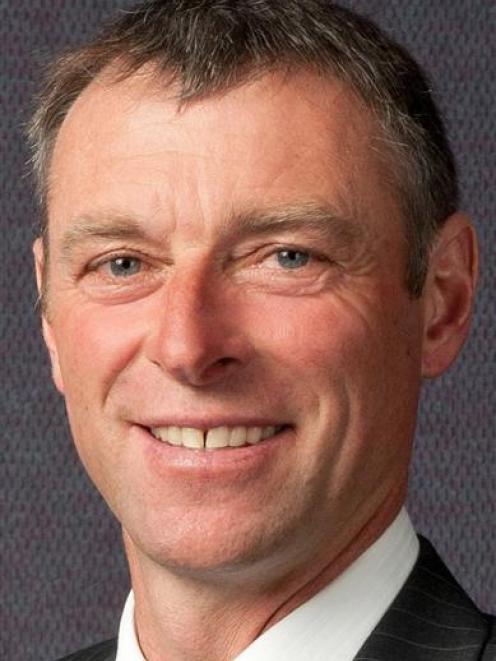 Stephen Woodhead.
A decision to build a council chamber and civil defence headquarters in the car park of its Stafford St office block is not "inappropriate", Otago Regional Council chairman Stephen Woodhead says.

While admitting its near $1 million price tag was a "lot of money", he was completely confident in the costings provided by staff, architects Oakley Grey and their quantity surveyors, he said yesterday.

"Our staff are very professional and extremely prudent with funds. I have complete and total faith in their workings up of these sorts of projects."

It "irked" him that some "uninformed" people thought the council would waste ratepayers' money.

"Nothing could be further from the truth."

While he had not seen the quantity surveyor's report that costed the project, he was "aware of the numbers", which included in the base cost of $610,000 running utilities from the street to the car park site, not from the office building.

Council corporate director Wayne Scott said stormwater and sewage did not like running uphill and for power, it provided a more resilient option for emergency management than "a hook-up to the existing building".

Additional costs come from fitting out the council chamber, including acoustic measures, kitchen and catering and signage, to a total $48,000. Added to that was its share of the data cabling, audiovisual, telephone, security, furniture and storage required, at a cost of $93,000.

As the building also had to act as the regional civil defence headquarters, there were additional structural and design costs of $106,000, plus $69,000 for its share of the data cabling, telephone, aerial, security, audiovisual, furniture and storage.

The Rawlinson's New Zealand Construction Handbook 2011, which gives guideline construction costs for buildings (based on flat sites and excluding external works, utilities and fit out), suggests the cost of a 250sq m civic administration office in Dunedin could range from $423,750 to $486,250, while a civic community centre and library of the same size was costed at $612,500 to $687,500.

Mr Woodhead said councillors would have preferred not to be in "this position", but were because of the 2009 decision to shelve the proposed $31 million waterfront office proposal, having already spent $6.8 million on planning it.

"We have to face up to it. For the majority of councillors, it's the best decision at this moment."

The car-park building would be required for about five to six years, he said.

The council had faced increased costs on its Stafford St building since 2009 as a result of the decision, Mr Woodhead said.

Deferred maintenance, including exterior painting, major roof repairs and reception renovation, had cost $538,000 and further maintenance plus the cost of moving staff into the former council chambers was expected to cost $400,000.

In total, the council will have spent nearly $8.7 million without having a solution to overcrowding at Stafford St - about $3 million short of the $12 million budgeted for an entire new building in 2006 and nearly a third of the cost of the waterfront proposal.

The council had already faced costs before 2009 dealing with the problem, including adding a "shed" to the back of the building as a staffroom at a cost of $69,000.