Six fire crews will continue to fight flare ups overnight and 100 homes remain evacuated as the scale of the Burnside fire becomes apparent. 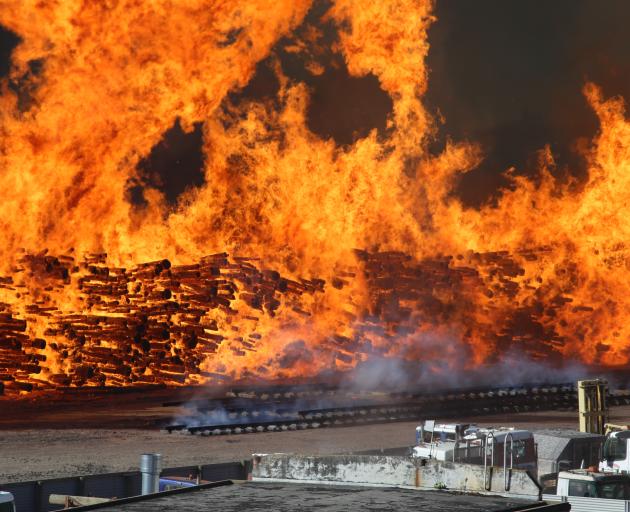 Fire rips through logs. Photo: Chris Derrett/Derrett Photography
The Southern Motorway is closed, at least three industrial buildings have been damaged and 100 houses have been evacuated, with residents put up in hotels and motels, as a result of the fire, which started after 5pm, and continues to burn in places, despite being largely under control.

Three of the four fire flanks were contained, but the Kaikorai Valley end of the fire was "still creeping".

"It's not totally contained yet.'

Mr Marsh said the fire started as a vegetation fire affecting industrial premises, "spotting'' across the road into a residential area.

About 25ha of vegetation and trees were caught up in the fire, which spread to industrial buildings and a wood pile.

About 100 houses had been evacuated. 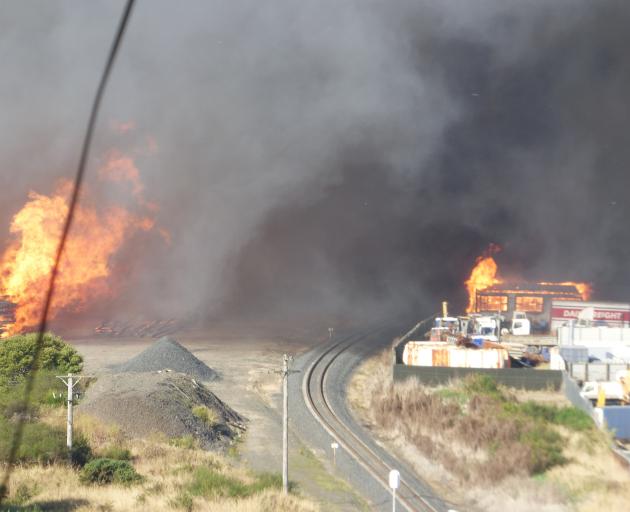 Mr Marsh said a small shed was damaged at a residential property, but homes were not damaged

Three commercial buildings had been "severely damaged'', and drums of tar and oil had caught fire and exploded.

Firefighters had been withdrawn to the Concord side of the motorway, with unmanned equipment fighting the fire.

There were no reports of injuries to firefighters or residents. 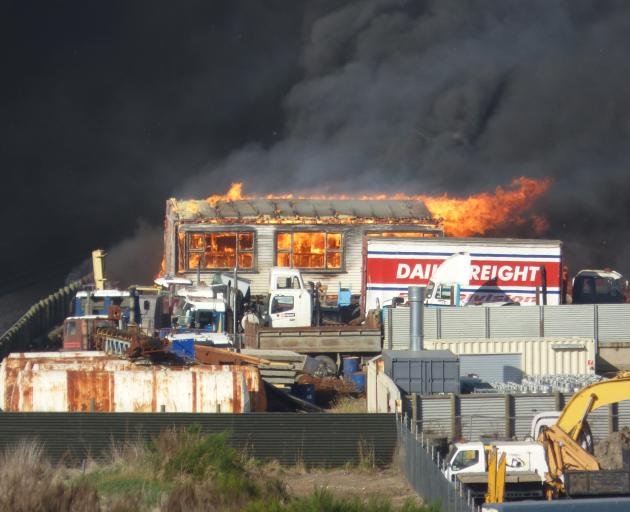 Fire investigators would be on the scene today to determine the cause of the fire.

Residents would have to stay away overnight, and motels had been organised for them, as had food and other needs.

Residents' pets would also be catered for at kennels and catteries.

As of 9pm some crews were being stood down, but six fire crews would be stationed at strategic locations overnight to fight hot spots and flare-ups.

Helicopters would keep working as long as it remained safe, Mr Geddes said.

Mr Geddes said firefighters were "up against it'' because of spot fires, and the way the fire was travelling.

However, the fire was under control.

"We believe we have it contained to a forestry block, a wood pile and buildings adjacent to the motorway.''

"The main issue now is the wind, which is against us.'' 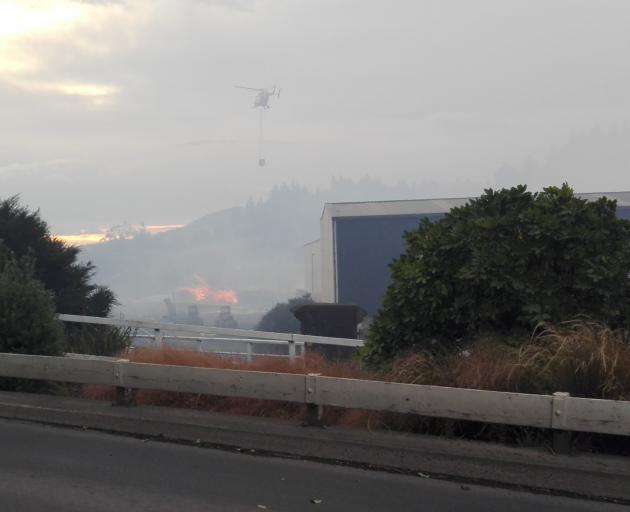 Helicopters battle a blaze in a large woodpile next to ABS Sandblasting on Kaikorai Valley Rd about 8pm. Photo: Mike Houlahan

There had been explosions from LPG containers, refrigerated containers and vehicles as the fire swept through the area.

"It's extremely hazardous, extremely dangerous fire conditions, with all the risks associated with that.''

At an evacuation centre at the St Clair Golf Club shortly after 8pm, about 50 people gathered from properties near the fire.

A Red Cross welfare support truck was at the scene.

People spoken to by the Otago Daily Times said they were unsure what was happening, and were waiting to hear from authorities what they should do next.

The golf club facilities were open to the evacuees, but there were no facilities for staying overnight. 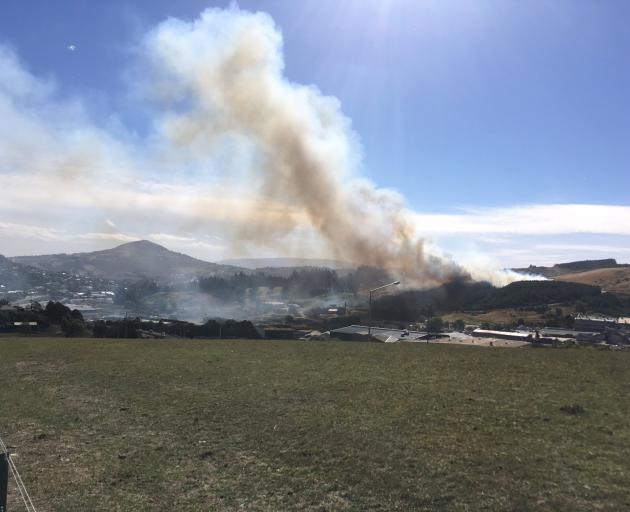 A fire is burning on a hill behind the old Burnside freezing works. Photo: Peter McIntosh

Police were helping Fenz with evacuations of properties due to a fire in Burnside, Dunedin.

Some residents in Morton St, Mary St and Mulford St have been asked to leave their homes until further notice.

"We would suggest that people in the Samson Rd and Emerson St areas also consider leaving their properties for the time being.

Residents from Stevenson Rd, up from Emerson St and Orr St,  were also asked to consider leaving their homes.

The Southern Motorway was closed to traffic at the Kaikorai Valley on and off ramps, and the second off ramp at Abbotsford.

Diversions were in place at Lookout Point.

Police said in an earlier statement emergency services were at the scene of a fire in the McLeods Rd area of Burnside, Dunedin.

People were asked to avoid the area if possible.

Rain is not expected to start falling until midnight.

Temperatures across Dunedin have just dropped below 30degC for the first time since late morning.

However, a fresh northwesterly wind, gusting to around 40kmh, is still blowing and the air remains very dry, with humidity as low as 20%.