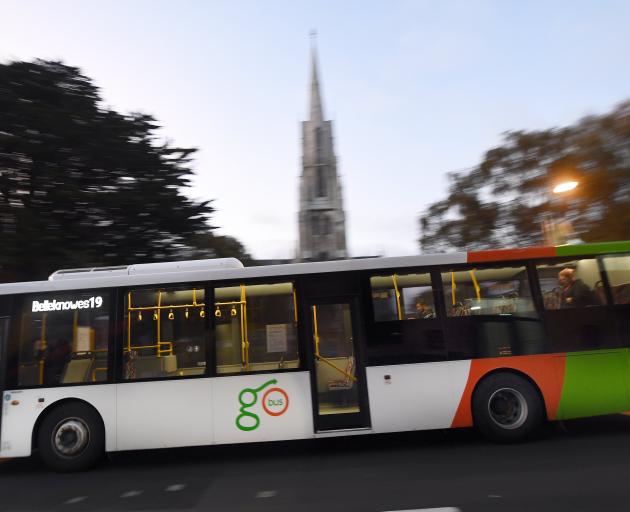 Photo: ODT files
Bus users are mostly satisfied with the Orbus service across Dunedin and Wakatipu, a new survey has shown.

However, there is some room for improvement.

The Otago Regional Council’s annual survey found 94% of Dunedin bus passengers are satisfied overall with its Orbus public transport network, up from 88% in 2019.

No surveys were undertaken in Otago in 2020 due to Covid-19 disruption.

‘‘Dunedin’s scores in particular reflect the raft of improvements [the council] have made, such as higher satisfaction in convenience of paying, following the Bee Card rollout.’’

Another highlight was 82% of Dunedin respondents and 91% of Wakatipu respondents would recommend taking the bus.

However, the survey raised some areas for improvement.

“There are a few more red arrows in the Wakatipu survey ... We have made improvements to how we share information about services ... but there is more work to be done in that area.’’

A change in demographics regarding those taking the bus in and around Queenstown this year, compared with 2019, also might have affected some scores, Mr Maloney said.

Bus patronage in Dunedin recovered well from the effects of Covid-19, and patronage in July was up 5% compared with July 2019.

In Queenstown, patronage in July was down 30% on 2019 figures due to the downturn in tourism.

Uptake of the Bee Card in Otago had been high, more than 50,000 users having registered their cards by mid-July.

Otago was the second region among those with the Bee Card to reach that milestone, behind Waikato which had a much higher population, he said.

‘‘It’s particularly encouraging as the number of registered Go Card users was around 35,000 prior to the Bee Card launch, indicating more people than ever are looking to the bus as a mode of transport.”

How is a satisfaction survey of people who have already chosen to use the bus service in any way meaningful, and what is it trying to demonstrate from a self-selected sample? Given our occupancy rates are so low, wouldn't it be more to the point to ask people who don't use public transport what it would take to get them to use it?