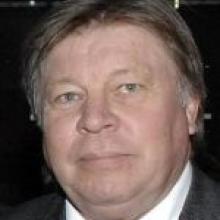 Des Adamson
A business "matchmaking" initiative is one way organisers hope to make the most of influential business executives travelling to Dunedin for the Rugby World Cup.

The business representatives might not be interested in what they found, Mr Adamson said yesterday. However, even if nothing was gained from the meetings, nothing would be lost. But major benefits were possible if just one or two meetings forged useful links.

To host business visitors, locals can register on the Rugby World Cup business club site. RWC2011 staff will match the industry and interests of the visitors, and send invitations to the appropriate people.

With positive responses, contact details would be passed on to the Dunedin businesses.

The idea was for locals to put on an event or outing; anything from golf to a fishing trip.

The representatives coming included general managers and chief executives, Mr Adamson said, and that meant the World Cup would be the perfect time to highlight Kiwi businesses and business ideas.

Mr Adamson said the "matchmaking" scheme was just one way the region would be taking advantage of the business opportunities the World Cup provided.

Another initiative profiling Dunedin as a centre for innovation in sporting technology would bring together companies in that area. The University of Otago was running a peak performance seminar, while an AgResearch event, shifted from Christchurch because of the earthquake, would also run during the cup.