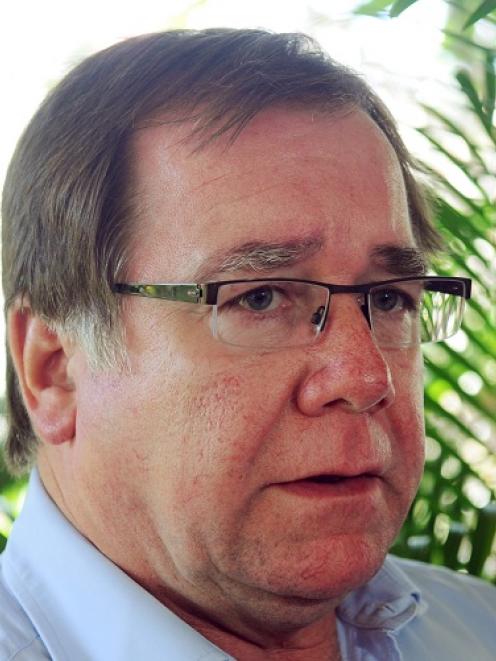 And a Herald analysis of previous tournaments shows he is right - there is no evidence results have any bearing on the election results of host, winning or losing countries.

"New Zealanders will undoubtedly get a lift from the All Blacks winning, if they do. But I don't think that will translate into a clear political impact,'' Mr McCully said.

However, the tournament and the way it was run had a potential to make a political impact. There was an issue of competence if things went badly.

"I've always been very alert to that risk which is why we've been working very hard to make sure that New Zealanders can feel proud about the way in which their country has hosted so many visitors.''

Asked if it was possible that a loss by the All Blacks against France on Sunday, coupled with a gloomy economic outlook and the Rena shipping disaster, could create a malaise during the election campaign, Mr McCully said that would "read too much into unrelated events''.

"But there's no doubt an overall feeling of goodwill is not unhelpful to any Government.

"So we obviously are going to wish to avoid anything that is going to make New Zealanders feel bad about themselves and their country.''

In that respect, the biggest risks lay in the way in which New Zealand presented itself to the world, more than what happened on the rugby field.

Most of the six previous Rugby World Cup events were held too long before elections to draw any conclusions.

In 1987, the incumbent Labour Government was returned for a second term with an increased majority. But a link has never been made between the events and neither Mr McCully nor Labour sports spokesman Trevor Mallard believes there was a link.

In 1999, nine years of rule by National ended the same month as New Zealand finished fourth. But National had been deeply unpopular before the Rugby World Cup after Jenny Shipley ousted Jim Bolger as Prime Minister and its coalition with New Zealand First disintegrated.

"The Shipley Government was doomed well before the election,'' said Mr Mallard "and well and truly before the Rugby World Cup result.''