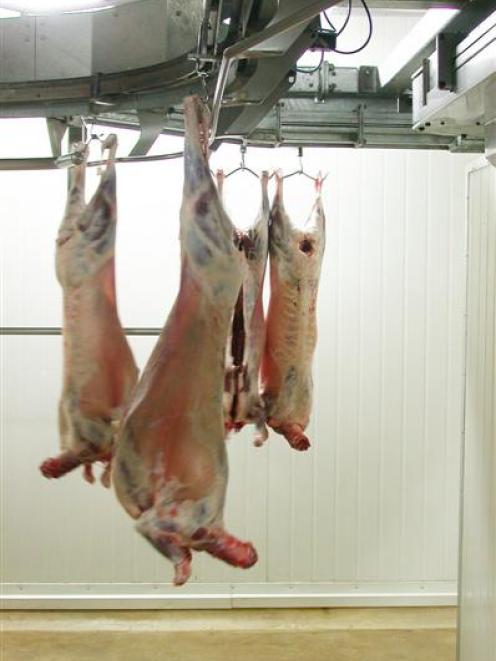 Silver Fern Farms will be supplying restaurants with home-grown lamb, venison and beef during the Rugby World Cup. Photo by Neal Wallace.
Red meat, as well as rugby, will be on the menu for the thousands of visitors in New Zealand for the Rugby World Cup.

Silver Ferns Farms will supply New Zealand-grown lamb, venison and beef to nearly 150 restaurants around the country, including the likes of Logan Brown and Pravda in Wellington, the Hilton in Auckland, and Tatler and Millbrook in Queenstown.

In May, suppliers were given the opportunity to contract supply for the August-September period, with more than 430 farmers committing 25,000 lambs, 11,000 cattle and more than 31,000 deer, in addition to the normal spot market supply.

SFF was pleased with the response from its existing partners and happy to welcome new ones. It was heartening to see farmers keen to be part of the initiative, chief executive Keith Cooper said.

Working in partnership with Bidvest, SFF signed up the restaurants which will feature a range of cuts on their menus, "creating the best red meat experience in the world".

Restaurants have been planning for an influx of visitors in the country for the next couple of months and Silver Fern Farms has assisted both restaurants and farmer partners alike to be able to meet the demand for top class product, Mr Cooper says.

"It gives us the chance to build on the idea that New Zealand does have its own unique cuisine and that it's fast becoming world renowned."

The restaurant had been planning since February, and was glad it had, as some restaurants were starting to worry they might find themselves left short of supplies, Mr Clouston said.

There was a "real consistency" with the product from SFF and he suspected a dish of venison with beetroot risotto and black pudding would be "a real hit".