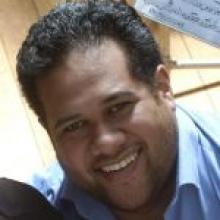 The Grammy Award winning bass-baritone has made a prominent name for himself in recent years as one of Europe's greatest opera singers.

But on October 15 and 16, the 35-year-old will leave the comforts of some of the world's great opera houses and join Elizabeth Marvelly, Nick Afoa and Ainslie Allen as a singer of anthems at the two semifinals of the Rugby World Cup.

A fifth singer, Sharon Cotter, will perform the Welsh anthem, should Wales be among the final four teams left in the tournament.

They will join Hayley Westenra and Will Martin, who were previously confirmed to sing the anthems at the final at Eden Park on October 23.

Like his fellow singers, Lemalu has performed at test matches in New Zealand in recent years and was excited about the opportunity to sing in the tournament.

"Two of my lifelong passions have been rugby and music, and I have often dreamt of combining both and being able to sing at the Rugby World Cup.

"I am just thrilled that this has finally happened - and in my home country."

In addition, specially-convened local choirs will perform the anthems at all 40 pool matches and at the eight play-off matches, supporting the soloists in the final three matches.

The choirs are a joint initiative between Rugby New Zealand 2011 and the New Zealand Choral Federation, and were created following a series of workshops around the country to audition, select and train the choristers.

The choirs will be backed by recordings of all 20 anthems by the New Zealand Symphony Orchestra.

It is not yet clear which anthem Lemalu will sing, but tournament organisers say he will not be singing the New Zealand national anthem, should the All Blacks be among the semifinalists.

Rugby New Zealand 2011 chief executive Martin Snedden said the confirmation of the anthem singers and performances for all 48 matches was another piece of the ceremonial and entertainment mosaic which would make the tournament one of the most memorable events staged in New Zealand.

"We are excited at the talent that will be on show even before the matches kickoff, through the match presentation activity and the anthem and choral performances," he said.