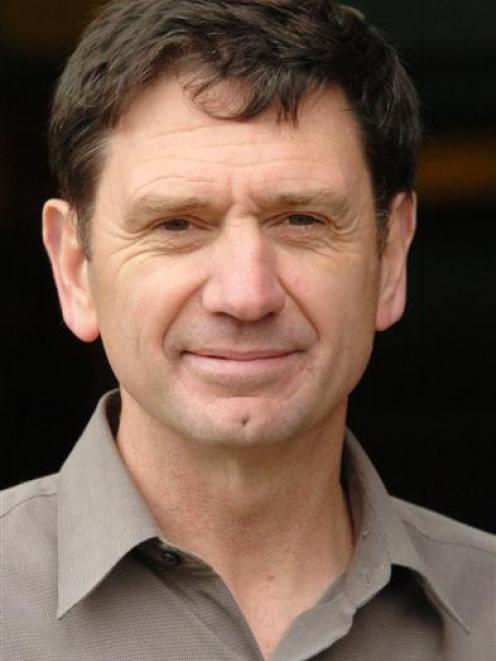 John Whitaker
Three of the main heavy industries in the harbour area of Dunedin say they could be put out of business by a Dunedin City Council proposal to rezone harbourside industrial land so it can be used for residential and commercial use.

Foundry operator Newlcast general manager Dean Taig told the Otago Daily Times this week the change "would basically cause us to close".

Foundry operator Bradken manufacturing manager Roger Denston said it "potentially could result in the closure of the plant".

Farra Engineering chief executive John Whitaker believed the rezoning would be "death by a thousand cuts" for industry in the area.

Mr Whitaker expected industry would gradually drift away if the council succeeded with its plan change 7: harbourside.

He was also concerned the move would jeopardise Dunedin's chances of becoming the shore base for offshore oil exploration which, he said, could bring 1000 jobs to the city.

All three companies, which employ a total of 200 staff, are involved with appeals to the Environment Court against the plan change.

Mr Whitaker said he believed noise and fumes from his engineering works would lead to complaints that would, ultimately, send the business into decline.

"If you've got a cafe or a restaurant or even a residential apartment that's being exposed to the noise at 2 o'clock in the morning, they get grumpy.

"The term is reverse sensitivity and we see this as being hugely significant for us."

On calm nights, the company had received complaints from students in flats 1km away in Anzac Ave.

"They're going to grizzle and, even if we are meeting all our conditions, we'll be a nuisance to them."

He considered it would be difficult for his company to relocate because of the cost and the lack of industrial land in Dunedin.

His and other businesses could simply disappear.

"Bit by bit, the company gets run down.

"You don't reinvest because it's just all too hard.

Why would you?"Mr Whitaker said there was an "interconnection" between the engineering businesses in the area and that helped maintain Dunedin's industrial strength.

He considered there was "huge potential" in providing support for oil and gas exploration if it occurred off the Otago coast.

"We know what sort of infrastructure support these guys need and it's a dedicated industrial and logistic support close to a wharf that works 24-7.

"We've got the heart of that here already, but it's not compatible, ultimately, with cafes and restaurants or apartments.

"So, let's not undermine that huge potential that we've got."

Both foundries have Australian owners and they both considered it not financially viable for them to relocate.

Mr Taig said Newlcast bought the Farra foundry two years ago because of the infrastructure that surrounded it.

"Everything you need is right here, around this harbourside area . . . as well as having a shipping port right at your doorstep.

"To find a location pretty much anywhere in the world, with all those at your doorstep, is very rare.

"So that's what attracted us here."

Asked if a compromise with the council was possible, Mr Denston said: "They could remove stage two from the plan."