By John Gibb
0 Comments
What a difference a year makes.

And he was happily back in action again at this year's festival on Saturday, playing the guitar and singing with daughters and fellow musicians Hannah (13) and Abi Barton (18), as if nothing had changed.

But in September last year, everything did change, for the worse, when Mr Barton,who had always been physically active and had tried to eat the right foods, was diagnosed with an advanced form of a blood cancer, non-Hodgkins lymphoma. 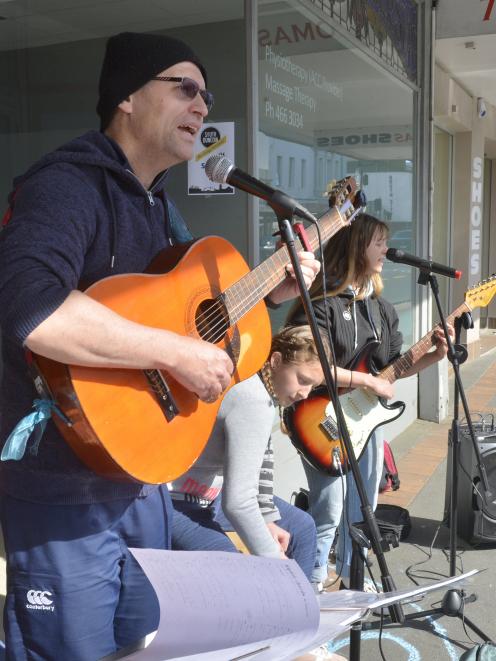 The Barton Groove - comprising David Barton and daughters Hannah (13) and Abi Barton (18) - back in action during the busking festival.
By October 2018 he was unable to walk, and had to use a wheelchair to get about after a tumour was found on his spine, and cancer spread to his stomach.

"There was just a couple of months [to catch it in time] and it would have been over for me."

After the diagnosis, his wife, Ruan Barton, had also feared the worst.

"That did go through my head."

However, she was now delighted that successful treatment at Dunedin Hospital meant her husband had been cleared of the cancer, and could spend a sunny morning singing again in King Edward St.

The Barton Groove was second in a competition section at the festival last year.

There were no awards for the family group this year, but just being alive in the sun, "that's a reward in itself", Mr Barton said.

"It really does make me feel good when I'm playing music."

For Mrs Barton to watch him perform with their daughters was to reflect on an "amazing" change for the better, considering his health.

"Just the fact that he's walking and standing there.

"It's just really special. It's incredible. It's a positive change. 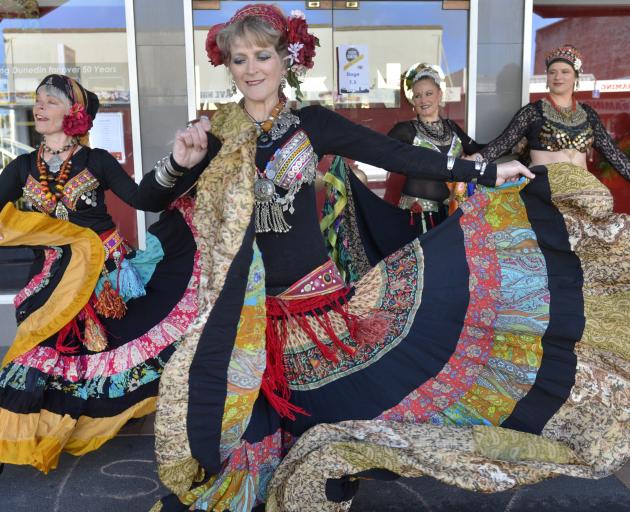 "This time last year he was in a wheelchair.

"He had to learn to walk again."

And how do Mr Barton (48) and his two daughters feel about playing music together?

"I think they just find it's soothing, it's therapeutic," Mrs Barton says.

"It was a great day. I really enjoyed it," Mr Barton added.