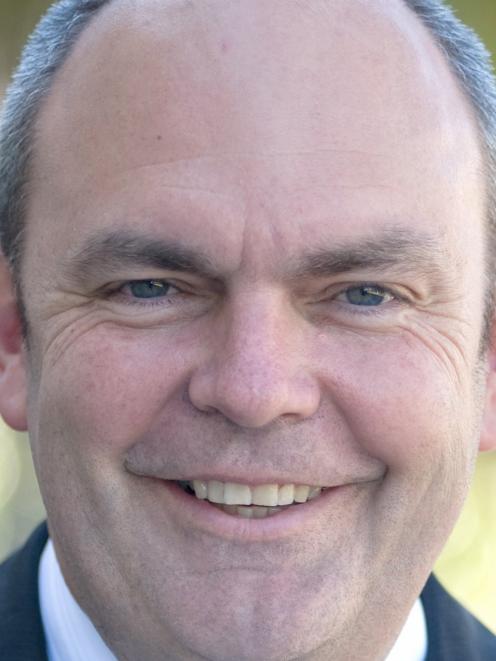 Steven Joyce
Tertiary Education Minster Steven Joyce has rejected a call for the Government to stump up with extra cash to fund the University of Otago's $650 million building programme.

The call by the Tertiary Education Union (TEU) for extra funds came as Mr Joyce announced last Thursday the Government would provide up to $107.5 million in capital funding for the rebuilding of Lincoln University's science facilities. Mr Joyce said TEU's appeal was ''unrealistic and unnecessary''.

''Unfortunately, my dear friends at the TEU say we should keep throwing money at everything every time.''

Otago University was a successful institution, had a ''strong balance sheet'' and was able to fund the building programme on its own.

The extra funding provided to Christchurch institutions, including Lincoln, was the exception, as they had been ''hit twice'' by the earthquake, which damaged their assets and hit student numbers.

''It's the only dental school in the country and it's really crucial that we are able to train and educate dentists for the future dental health of the country,'' Mr Scott said.

The university did not respond to questions on the issue, but in 2012 vice-chancellor Prof Harlene Hayne said the university had accepted it would need to fund the dental school programme itself after the Government had turned down repeated requests for help over the previous decade.

Dunedin Mayor Dave Cull, who is on the university's council, said it was important the city's tertiary institutions were given enough overall Government funding to invest in their facilities.

''If the Government expects tertiary institutions to invest in more infrastructure, then they have got to fund them in a way that allows them to build up the funding to do that,'' Mr Cull said.

Mr Scott said the union was not concerned the university would have to cut staff numbers or conditions so it could pay for its building programme.

The university had ''built in a long enough time frame'' to be able to afford to invest in both staff and buildings.

It would ''quickly'' become concerned if it became apparent staff would be affected.

''There is no point in having great facilities if there is no staff to work in them, either because they have been made redundant or you can't recruit them because of compromised ability to pay well.''