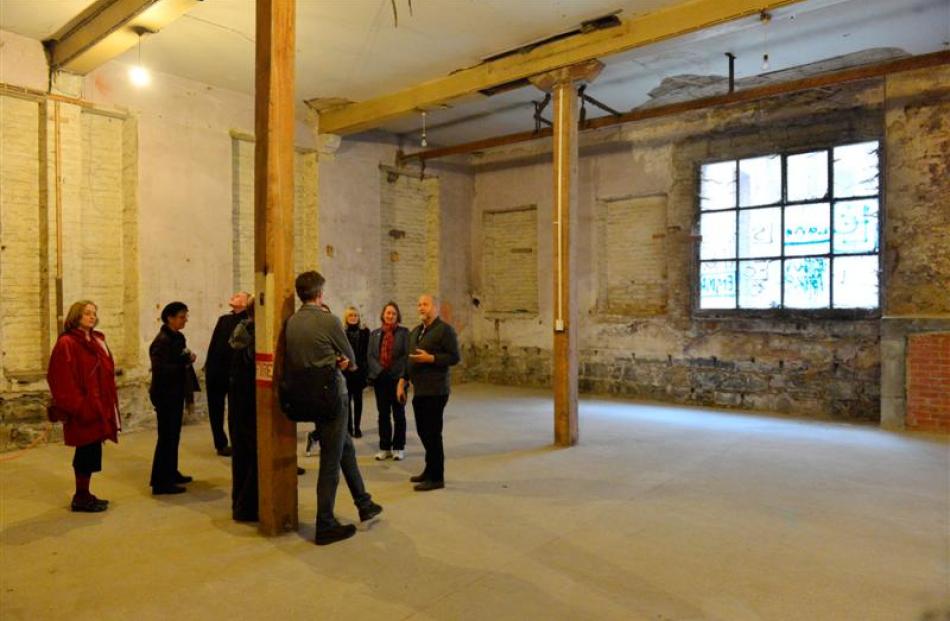 The ''drab and bland'' entrance to the Athenaeum in the Octagon leads to myriad empty underground spaces ''screaming out'' to be used, tour guide Allan Baddock says.

The Athenaeum open day yesterday was designed to get as many people from the ''arts and culture sector'' to see the potential of the empty spaces in the building, Mr Baddock said.

''Nobody has any idea this is here. People look at the Athenaeum from the Octagon and they see a couple of drab and bland doors and windows and you come down here and you go: 'Holy hell!'.''

He wanted feedback on what ''fun'' activities could be created in the space.

''The key is to get a dialogue going. No one person is going to have the right answer but by everybody pitching in, hopefully we get something really good happening.''

The building was formerly a ''temple to literature, science and art'' and he wanted to convert as many people as possible to wanting to use the space.

''But the temple hasn't had too many worshippers for a while but it's time to enlarge the congregation.''

Several empty underground spaces were ''screaming out'' to be filled with people creating art and to host events, he said.

The upstairs was ready for use and the theatre would be operational in ''a month or two''.

Tour group member Peter Entwisle said the Athenaeum was named after Athena, the goddess of wisdom, ''and this is her temple''.

Dunedin film-maker Phil Davison said the tour of the ''photogenic'' space had his ''mind racing'' with ideas for a film. The Dunedin City Council has sold the building to Dunedin developer Lawrie Forbes and the settlement date was on Wednesday.