Call for Sir Anand to resign from commission 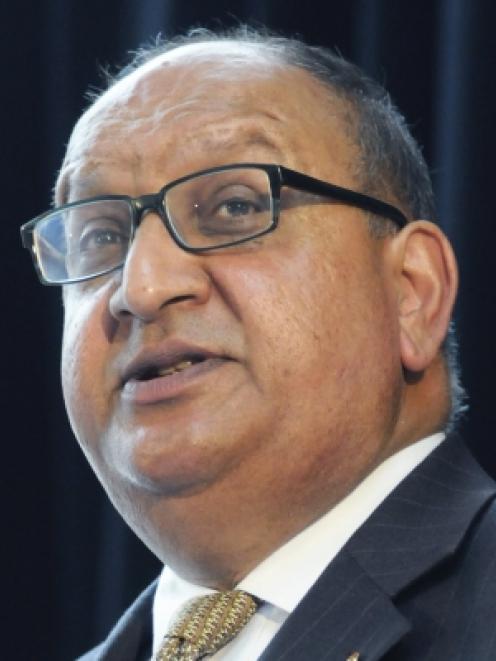 Sir Anand Satyanand
A survivor abused as an altar boy by a Catholic priest in Dunedin is adding his voice to fresh calls for the chairman of the royal commission into historic abuse to resign.

It emerged over the weekend Sir Anand Satyanand - a former governor-general and the chairman of the Royal Commission of Inquiry into Historical Abuse in State Care and in the Care of Faith-based Institutions set up on February 1, 2018 - had offered to step down after disclosing his Catholic faith.

Sir Anand had written to Internal Affairs Minister Tracey Martin on September 1 to inform her he was a practising Catholic, involved in the Catholic community and had known Bishops in "church and social settings''.

He was named chairman of the pending royal commission into abuse in state care, and declared his conflict two months before the inquiry was expanded to include faith-based institutions.

His offer to resign was rejected by Ms Martin, who instead asked for a management plan to address any conflict.

That was not good enough for survivors and advocates, who have renewed calls for Sir Anand to step down to restore confidence in the proceedings.

That included the Dunedin survivor who, as an 11 and 12-year-old Catholic altar boy, was abused by paedophile priest Magnus Murray in 1968-70.

Murray was eventually moved to Australia for treatment by the church, then allowed to continue ministering in the North Island, and only prosecuted in 2003.

The survivor - who cannot be named for legal reasons - said Sir Anand and commissioner Andrew Erueti, another practising Catholic, both had to resign.

Asking a survivor of abuse in faith-based settings to share their pain with a panel comprising practising Catholics risked retraumatising victims, he said.

"There's all sorts of concerns regarding their knowledge of persons within the church. The Catholic Church, above all churches, has been proven over and over again to brush things under the carpet.''

He had been planning to share his story as part of the inquiry, but was now having second thoughts as concerns about the inquiry mounted.

"There's warning bells going off everywhere for this early stage of the inquiry. There's too many mistakes being made.''

Another survivor of clerical sex abuse, Christopher Longhurst, has also gone public in recent days with details of his meeting Sir Anand and four commissioners in March.

Dr Longhurst had tried to ask Sir Anand about potential conflicts faced by commissioners with religious affiliations, but was "shut down'' by commissioner Judge Coral Shaw, who accused him of "personalising'' the discussion.

Dr Longhurst said the encounter left him with no confidence in the inquiry.

"Their defensive responses have effectively destroyed any trust between them and me.''

It was a view shared by Liz Tonks, spokeswoman for the Network of Survivors of Abuse in Faith-based Institutions and their Supporters, who also believed Sir Anand had to go.

The network continued to have "grave concerns'' about his conflicted position, and that of Dr Erueti, and was worried survivors would stay away if the pair did not step aside.

If that happened, the commission would not receive the information it needed and the outcome would be "tainted'', she said.

Ms Martin, in a statement, said she still had confidence in Sir Anand.

A detailed management plan - yet to be made public - would address any concerns, she said.

"We all have conflicts and the chair did the right thing by declaring his when the scope expanded.

"In my view, if someone declared that they were an atheist then that would be a potential conflict, too.''

A royal commission spokeswoman said the inquiry's conflict management plan would be made public once finalised, and conflicts arising would be managed ``on a case-by case basis''.

"We would urge survivors to speak to us if they feel there is a conflict of interest.''