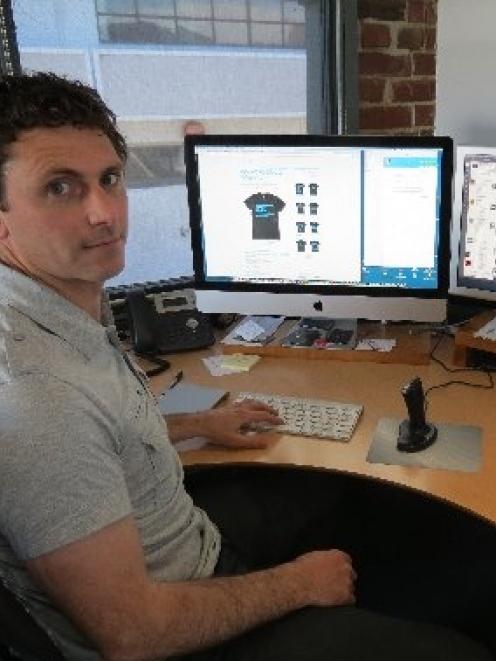 That is the message from some businesses relying on the internet daily.

Animation Research managing director Ian Taylor said people should stop worrying about what they would do with technology but rather worry about winning the competition.

Animation Research already had the technology and special data-caps because it would not be able to operate out of Dunedin if it did not.

''Last week we were connected with four different events which were all happening at once, there was the Formula One in Sau Paulo, yacht racing in the Caribbean, golf in Dubai, cricket in Australia and without the technology we have we couldn't do it,'' he said.

Just like the telephone, gigabit technology would be commonplace in homes in five to 10 years so Dunedin needed to take the opportunity the Gigatown competition provided so it was not left behind, he said.

''We are a city of firsts so we are well placed to be the first town in New Zealand to have this technology.''

''At the end of the day someone is going to win it and all that should matter is that Dunedin ... wins.''

Another business promoting the possibilities of the technology is brand development and design company Brand Aid.

Creative director Luke Johnston said if Dunedin was to have the gigabit technology installed there would no longer be a remoteness to doing business in the city.

''At the moment we are somewhat isolated from the rest of the world but if we had access to the gigabit technology that gap will disappear,'' he said.

Being able to collaborate with many different people all at once would open up a world of possibilities that were just not available now, Mr Johnston said.

Motion Sickness Studio director Josh Jeffery said there was already a small cluster of IT and creative businesses which would only grow if Dunedin won the Gigatown competition.

The design studio had clients all around New Zealand and relied on the internet to work with its clients, he said.

Mr Jeffery said about 90% of his day was spent online talking to clients which meant they needed the best technology they could get and having access to gigabit technology would mean Dunedin was no longer segregated from the rest of the world.

It was also about realising the potential Dunedin had as an IT centre.

''With abundant commercial space, relatively cheap rent and the talent coming from the university and polytech, having the gigabit technology is a recipe for success.''