Campus report: can do better 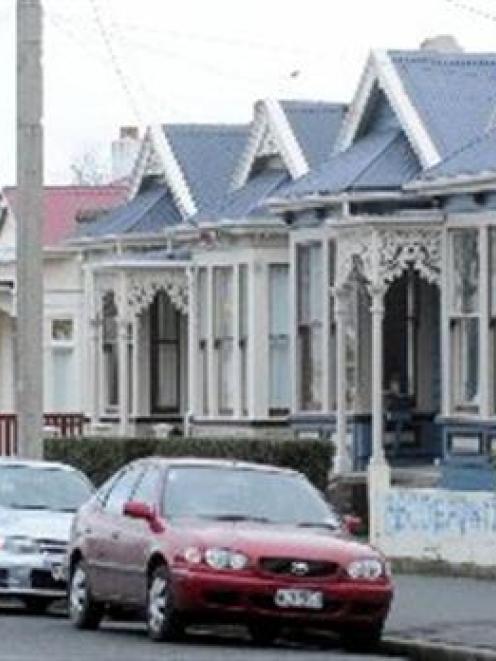 Graffiti adorns a fence in Castle St, the heart of the North Dunedin student flatting area. Photo by Craig Baxter.
There is plenty of room for improvement in North Dunedin's student housing stock and the campus neighbourhood, a report shows.

While the overall quality of the exteriors almost 1100 properties surveyed over the summer was described as "relatively good", only 95 were rated as being "clean, obviously well-cared for and having a tidy and attractive yard".

The majority were judged to be "reasonably tidy but not immaculate", receiving an average rating of 6.5 out of 10.

Twenty-eight properties were rated at three or less because they appeared neglected or uncared for, had several broken windows, boards or fence palings, and had overgrown or concreted front yards.

The survey was commissioned by the Dunedin City Council and carried out by University of Otago planning students James Coutts and Rebecca Fitchett over December, January and February.

They pounded the pavements of North Dunedin, from Pine Hill Rd in the north to Hanover St in the south, and from Heriot Row in the west to just east of Anzac Ave, assessing individual properties from the footpath, and looking at the condition of 138 streets.

The report provides background information for a student flat "star rating" system the council is developing in conjunction with the university and Otago Polytechnic to try to encourage landlords to improve the quality of their properties.

In the report, Mr Coutts and Ms Fitchett said of the properties surveyed, 95% were flats and the rest educational buildings, car parks, parks, shops or empty sections.

The quality of front yards in the study area was "notably low", they said.

The average rating was 4.2 out of 10, with 61% of yards rated at four or lower because they were too small to be used effectively by tenants, had no garden or lawn or very overgrown gardens or lawns, or contained litter or glass.

Although some litter was seen on 941 properties, the report writers assessed the quantities of litter to be low.

Litter would probably have been greater if the study had been carried out when students were living in the flats, they said.

Graffiti was noted on 149 properties and 86 streets, although the report said most of it was on fences and garages and was assessed as having only a minor impact on the amenity of the area.

The results showed while the overall quality of buildings, roofs and fencing was reasonable, the standard of front yards was "significantly lower", the report said.

Mr Coutts and Ms Fitchett suggested the council could try to improve the standard of front yards by targeting requirements in its District Plan provisions for the North Dunedin campus and residential 3 zones.

Streets: Presence and size of trees; pedestrian crossings and traffic lights; presence of standing water and puddles; obvious areas where a person could hide themselves (bushes etc); litter; graffiti.