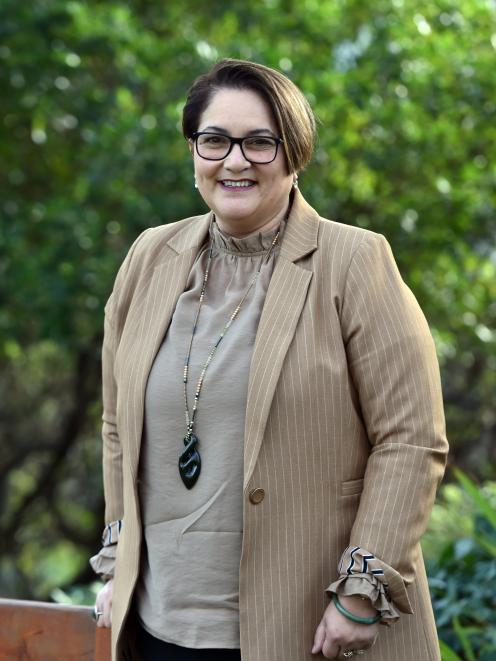 Lisa Tumahai highlighted the importance of empowering Maori to stand alongside the New Zealand Government, during the 55th annual University of Otago Foreign Policy School in Dunedin at the weekend.

She said told the audience that her appointment as deputy chairwoman of Climate Change Commission New Zealand spoke to the increasing awareness of the value that iwi Maori added to decisions around climate action.

Ms Tumahai gave a Ngai Tahu perspective on the climate commission, stressing that Maori would be adversely affected by the impacts of climate change.

The pathway to a lower emissions economy would result in an economic transformation, she said.

And inequities had positioned Maori as highly vulnerable to economic shocks.

"If this transition is poorly managed ... Maori are likely to be disproportionately impacted."

She also spoke of the challenges that iwi Maori have faced in ensuring their voices were included in the advice provided by the commission to the Government.

The commission is required to consider the Crown and Maori relationship, te ao Maori, and specific effects on iwi and Maori in all of the advice it gives to the Government.

The Government must consider the economic, social, health, environmental, ecological and cultural effects of climate change for iwi Maori.

Ms Tumahai said the commission worked to build relationships with iwi Maori throughout the development of the draft advice, which helped to capture Maori perspectives and insights that would be included in the final advice.

But even after that process, the draft advice did not meet the standard set, she said.

"That’s when I really got to learn what it’s like to be a bureaucrat ... It was an interesting place I found myself.

"When those who write the policy don’t have a strong understanding of Te Tiriti o Waitangi ... it results in a report that looks to be excluding the Treaty partner."

However, Ms Tumahai said that with the help of strong submissions from iwi Maori, the team went "back to the drawing board" and changed the draft advice "incredibly" fast.

"It went from a draft document that iwi couldn’t find themselves in, to one that we have now, [that has] got other people saying ‘it’s too Maori’.

"I’m really pleased with where the final report has landed."

Ms Tumahai said Maori had a strong relationship with the natural world.

"For generations our ancestors relied on the plentiful natural resources to survive, developing a duty of care to sustain the environment, that in turn, sustained them."

Maori viewed the world through an inter-generational lens and it meant Ngai Tahu decisions were guided by looking out for future generations.

"We want the future to be safe and prosperous, and we want them to have the freedom of choice of thriving in a climate-resilient community."

That was why Ngai Tahu developed its own climate strategy in 2018 and why it considered it essential that Maori were empowered to stand alongside the New Zealand Government.

"Maori can provide invaluable input into discussion around climate policy and climate action," she said.

Based on the headline alone, if you believe that,I have an Auckland cycle bridge to sell you.
That statement has got to signal someone's need to see a therapist of some sorts.
It's like me saying he paupau report disproportionately affects euro kiwis.
The difference between my statement and hers is, mine is ACTUALLY true

Your self important statement signals a need to see a redacted.

In the interests of clarity, can someone expand on how it is that Maori would be disproportionately affected by climate change, more so than other groups of New Zealanders?
If the pathway to a lower emissions economy did result in an “economic transformation” and “inequities” had positioned Maori as “highly vulnerable to economic shocks” what are those inequities exactly?
I assume this is based on those who’s jobs would be affected by the movement away from fossil fuels? Yet surely any economic transformation across New Zealand due to climate change, would adversely affect the lives of any and all New Zealanders, especially those Kiwis working in lower socio-economic sectors, regardless of race, culture or identity?

Climate change does not discriminate against race, it effects all. Are we, as a nation growing closer to segregation?

I read a very thought provoking essay written last week by the Maori academic Elizabeth Rata. She talked about the country being at a crossroads with the future being a choice between Ethno Nationalism and National Democracy. The Government are clearly moving towards a hybrid between the two.

It is unlikely that any New Zealander will be disproportionately effected by climate change.
The Arctic, Africa, small islands and Asian megadeltas are regions that are likely to be especially affected by future climate change.[3] Africa is one of the most vulnerable continents to climate variability and change because of multiple existing stresses and low adaptive capacity. Climate change is projected to decrease freshwater availability in central, south, east and southeast Asia, particularly in large river basins. With population growth and increasing demand from higher standards of living, this decrease could adversely affect more than a billion people by the 2050s. Small islands, whether located in the tropics or higher latitudes, are already exposed to extreme weather events and changes in sea level. This existing exposure will likely make these areas sensitive to the effects of climate change.