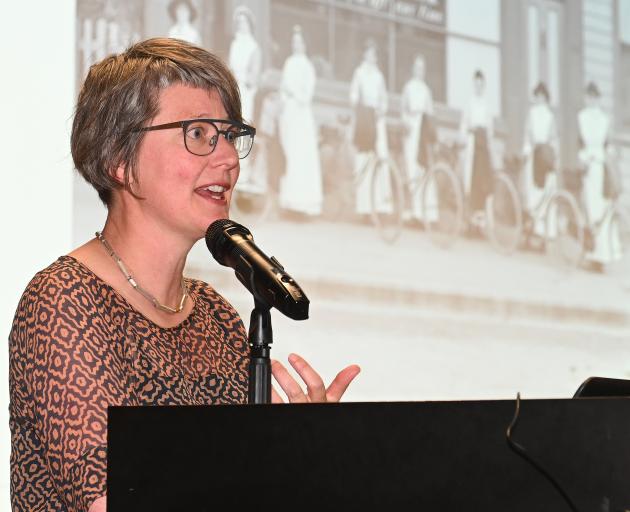 The pair addressed more than 90 people at the Otago department of preventive and social medicine's annual State of Public Health lecture.

The talk was titled "Bigger than the 1918 Flu? Tackling climate change: this century's public health emergency".

Most greenhouse gas emissions had been produced by developed nations, particularly in North America, but, unfairly, the greatest adverse effects would be in the developing world, he said.

Dr Jones said passengers with the flu had been allowed to disembark from the New Zealand passenger and cargo ship Talune when it arrived in Samoa from Auckland in 1918. 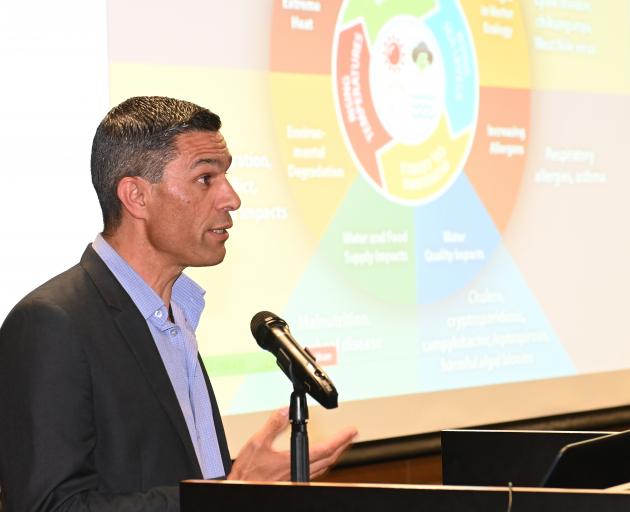 Dr Rhys Jones, a senior lecturer in Maori health at Auckland University speaks during the annual "State of Public Health" lecture.
The resulting death toll was about 8500, about a quarter of Samoa's total population.

The two speakers said this kind of adverse impact was also threatened by climate change, but New Zealand could achieve positive gains by improving housing, and dealing with social inequities.

This would avoid some of the crowding and other adverse factors that contributed to some of the earlier deaths throughout the world.

Climate change was widely recognised as the greatest global threat to health, and tackling it presented "an enormous opportunity to improve public health", he said.

Drs Macmillan and Jones are co-conveners of OraTaiao: The New Zealand Climate and Health Council.