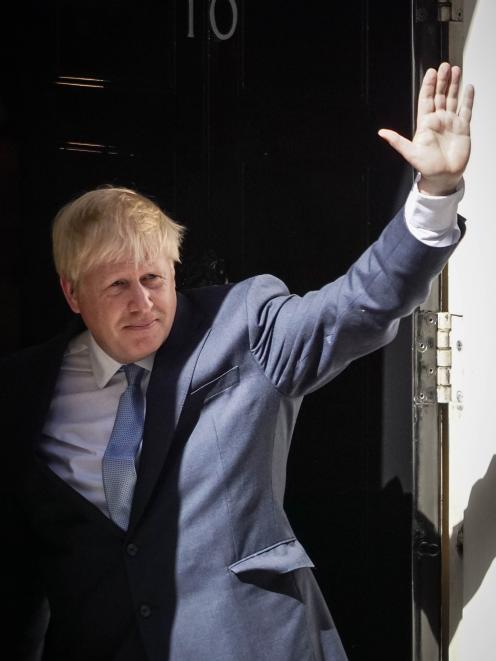 Prof Robert Patman, of the University of Otago politics department, said he thought Mr Johnson would try to make good on his promises to deliver Brexit by October 31, and to deliver a no-deal Brexit.

"I think he will certainly try to renegotiate the deal," Prof Patman said.

However, the European Union leadership had made it clear they would only implement the deal negotiated with Brussels over two years by former prime minister Theresa May.

"Much of his rhetoric is not grounded in reality," Prof Patman said.

People leaving a club did not get to negotiate the terms on which they left and that held true with Britain leaving the EU as well.

He did not think there were many ramifications for New Zealand when it came to Mr Johnson's appointment, saying New Zealand should be able to achieve a free-trade agreement with both post-Brexit Britain and with the European Union.

However, Britain now had a leader who was close to the United States and President Donald Trump's establishment.

"It doesn't help with New Zealand's international agenda," he said.

Prof Patman said Mr Johnson had three serious problems when it came to his public image - he had used racist terms on a number of occasions, he had compared the EU with Adolf Hitler and he had told "huge whoppers" about Brexit.

He thought with the election of Mr Johnson, the Liberal Democrats might emerge as a stronger opposition party, under the leadership of Jo Swinson.

The EU is not a club but a regime of supranational governance.

Much of the rhetoric of Prof Robert Patman is not grounded in reality. He is either unaware of his own biases and proclivities, or else he lacks the judgement to resist the temptation to promote his own political viewpoints. There is no shortage of political commentators - and I find all of them more interesting than Professor Patman.

I think Boris will anger the post-moderns even more than Trump. Prepare for sonic screaming.