Canterbury move to ditch Compass to save millions 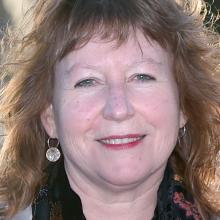 Clare Curran.
Canterbury District Health Board has dropped Compass Group as its food service provider, a move expected to save  millions of dollars.

CDHB chief executive David Meates said the 300 Compass staff would be offered jobs by the DHB, and the service would be provided in-house from July 1.

Compass has run the CDHB’s food service since 2004.

With the contract set to expire, the board rejected the 15-year nationally negotiated deal DHBs were encouraged to sign with Compass.

The Southern District Health Board in 2015 made the reverse move, when in a hugely unpopular decision, it scrapped its in-house food service in favour of Compass.

Mr Meates said providing the service in-house would save the DHB millions of dollars over 14 years, but, citing commercial sensitivity, he declined to give more information.

Mr Meates said the DHB had advised government entity NZ Health Partnerships it would not be joining the 15-year  contract.

"Canterbury DHB is in a unique position among DHBs in having a well-established, proven and fully owned, cook-chill production unit capable of providing bulk menu items to all Canterbury DHB hospitals.

"This is the only one of its kind in NZ and has been in use constantly since 2007."

"A big DHB has had a close look at it, and decided it can do a better job in-house and provide better quality."

"Something doesn’t add up. If a big DHB like Canterbury has made this decision, then the spotlight needs to fall on the Southern DHB’s situation."

Initially, the SDHB touted savings of up to $7 million over 15 years, but that had to be renegotiated due to low uptake among boards. Estimated savings across the six participating DHBs is now $30 million to $40 million, but SDHB’s individual final amount is unknown. An SDHB spokeswoman said the board preferred not to comment on CDHB’s decision.

"Compass is proud of what our company has achieved over nearly 14 years at the CDHB.

"We have been a major partner in opening new kitchens, cafes and facilities — including the cook-chill facility that Compass led the design and commissioning of — while providing solutions and support during the Christchurch earthquakes, snowstorms and the more recent fires," Mr Baldey said.