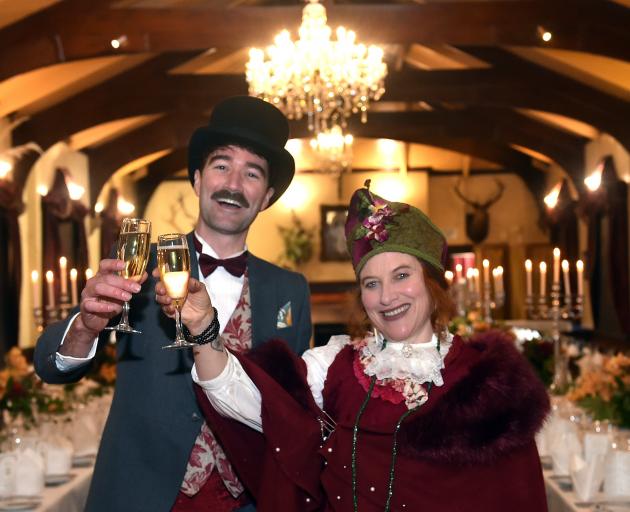 Ninety-five people attended a gala dinner to mark 150 years since the land was first cleared to build the Dunedin landmark.

The idea had been to gather as many descendants of the Larnachs— and the Purdies, who owned the castle in the 1930s;  the Stedmans, who owned it  in the 1950s;  or Robert Lawson, the architect —  as possible to celebrate the history of the place.

Making the guest list for the black tie night had been ‘‘a little bit of a detective mission’’, Mrs Price said.

‘‘Sadly though, some of the people couldn’t make it because they are locked down.’’

The six-course meal was ‘‘meat- heavy’’ as it had been planned around a 19th-century menu.

The wines were chosen for the varietals that were consumed in those early days.

Live entertainment emulated the music of the 19th century.

Presenter and actor Peter Hayden served up period toasts for the party as master of ceremonies.

The sesquicentennial celebrations were held in conjunction with the opening of  the exhibition ‘‘Behind the walls’’, which explored the history of the castle during its lesser known years, 1900 to 1967, she said.