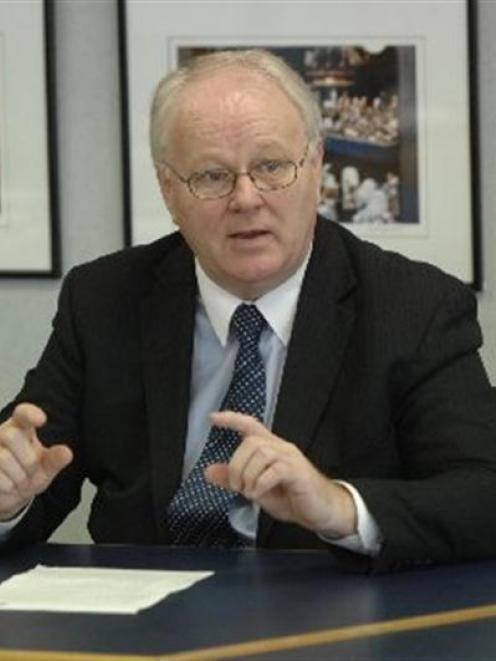 Michael Guest
A proposal that could require some property owners to collect sheep droppings accumulating on their land has come as a surprise to Cr Michael Guest, the chairman of the Dunedin City Council working party considering the new rules.

Cr Guest said yesterday the rule had been "missed" during councillors' initial scrutiny of the draft bylaw, which aimed to protect neighbours from nuisance, odour or a threat to public health and safety.

He was alerted to the rule by an article in the Otago Daily Times yesterday, and said when contacted it appeared there would "have to be" exceptions to the proposed rules.

"The problem will be able to be solved," he said.

It included one rule requiring rural residential and residential property owners to collect droppings from animals on their property.

The droppings would either have to be stored in a fly-proof container and disposed of, or buried under at least 50mm of soil.

Kinmont property owner Chris Adams - also a member of the Mosgiel Taieri Community Board - was among those who criticised the proposal, describing it as "just crazy".

Yesterday, Cr Guest said councillors on the working party had - since the group was established earlier this year - been focused on addressing concerns raised earlier about the bylaw by the Otago branch of the National Beekeepers Association.

"We assumed there were no complaints with the rest of it," he said.

The working party was now seeking feedback from specific community groups, ahead of full or targeted public consultation expected later this year.

Cr Guest said there were clearly "anomalies" that would need to be addressed.

Any action under the proposed bylaw, if enacted, would be likely only if a complaint was received from a neighbour.

A "subjective" assessment would have to follow, to decide whether a problem existed, he said.

"There will have to be exceptions."

However, some of the criticism of the draft bylaw was "a bit over the top", as some problems did occur and were not covered by existing bylaws.

While he had "never heard of" problems associated with sheep droppings, the council was aware of 30 complaints received in the past year relating to noisy roosters, for which no rules existed.

The situation would be covered by the draft bylaw.