Champion coach was an inspiration 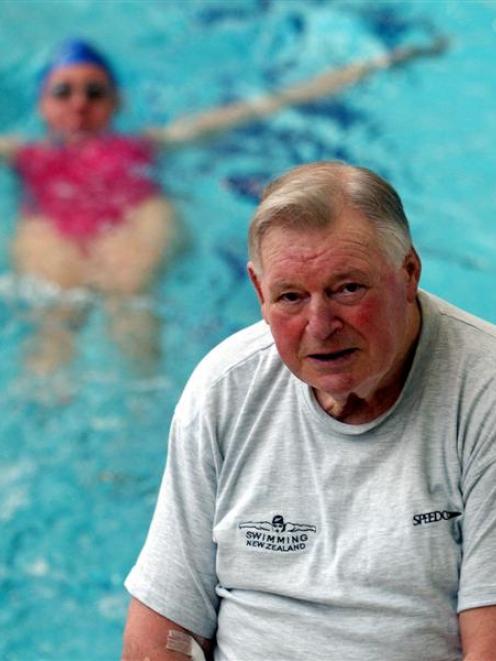 Duncan Laing was born to coach. In human terms, he arguably gave more to Otago sport than any other person.

He gave his life, from his beginning work at Moana Pool in 1966 until his death in Dunedin on Saturday after a long illness.

He was a giant of a man, in all respects. His passion for swimming, and rugby, was boundless.

Laing was not a man to keep journalists, or anyone, at arm's length. Swimming was one of the rounds I covered when I joined the Otago Daily Times in the late-1960s and I would pop into Moana Pool two or three times a week just as he and his squad were finishing their morning sessions.

He would be bursting to tell me about the achievements of his latest protege He never criticised or resented anything I wrote during the years.

I suspect he was simply too busy to take umbrage at anything written in newspapers and, moreover, he had an implicit belief in his methods.

He was a massive man in his prime, 155kg, with an appetite to match. I once recall him demolishing an entire fish pie for lunch before he returned to the pool for the afternoon session.

Laing sometimes projected a bluff, sometimes intimidating image. It was a front. At heart he was a softie who read widely and kept in close contact with the leading coaches in the United States.

When our first child was a few months old, I was talking to Laing at rugby - he was coach at the champion University A side - and he inquired about our son's age.

"Bring him along to me," he said. "I'll get him swimming." So we did, and he did. And, when our two daughters arrived, we did the same.

"Come on champ, just one more try," he would say. It could have been his catchcry. Hundreds (or is it thousands?) of Dunedin families could tell a similar story.

If the kids sometimes became a little impatient with Dad and Mr Laing putting the rugby world to rights after their lessons, it was a small price to pay for being able to look after themselves in the water.

Laing will forever be remembered as the coach of Olympic double gold medallist Danyon Loader but his list of New Zealand champions just stretches on.

The key was mutual respect. He worked his swimmers hard but he knew when to offer the carrot and the stick. To them he was "Mr Laing", a man they trusted.

Laing was never particularly liked by officialdom, for he was blunt and uncompromising in his opinions.

He became an Otago rugby selector in the 1980s and he several times accompanied me to matches in the country in search of the latest talent.

He had endless theories on play and players. He often prefaced his statements by saying "I'm a great believer in."

And, having delivered his latest opinion on the state of Otago rugby, he would promptly fall asleep - "I'm lucky in that I can curl up and have 40 winks anywhere," he would say.

For years Laing and his wife, Betty, ran Moana House in High St, a rehabilitation centre for young men who had fallen foul of the law. They were treated with the same respect as the Laing's own six children.

He might have earned his living as a professional coach but money never really interested him. It was simply a means to an end.

"I didn't coach to become a millionaire," he told me. "I just needed enough to look after my family."

His coaching philosophy had been carefully thought out: "A coach's ability is to tell a champion swimmer, or an All Black, that he is wrong without putting his nose out of joint."

It's hard to believe Laing will coach no more, that he will no longer be poolside at Moana with his big stick, cajoling and prodding. He has been a champion maker of champions, an inspiration to all who knew him. A man who was born to coach.