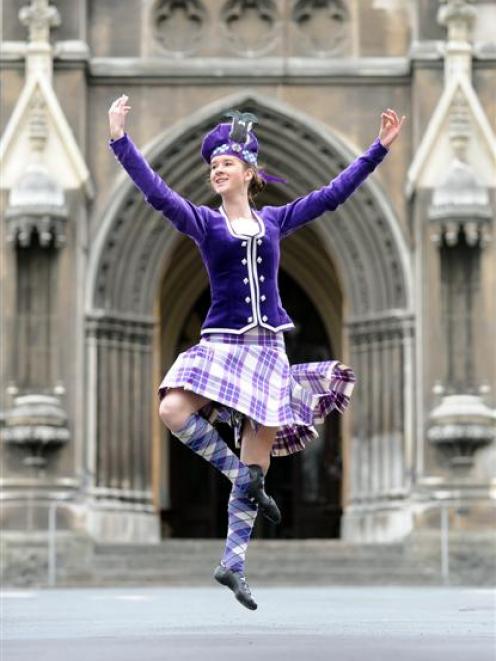 The Queens High School pupil aims to be performing in Scotland by the time she is 20.

Rosa won the 2009 under-18 title in Invercargill at the weekend against 41 competitors from throughout the country.

Of the 10 categories in which she competed, she won four, was runner-up in four and gained a fifth and sixth.

The aggregate of results made her the youngest under-18 champion in the 100-year history of the competition.

Rosa said she was surprised at her success.

"I was pretty ecstatic," she said.

''I wasn't dreaming of beating the older girls.

"Now, the pressure will really come on, because every time I go out and dance, people will watch me.

"I've got a reputation to live up to now."

Her short-term ambitions are to retain some of her titles, and build on her portfolio of success in the hope she will be asked to participate in the Edinburgh Tattoo within five years.

Rosa, who started dancing when she was 4, spends, on average, about two hours a day practising.

"Winning competitions like this makes all those hours rehearsing all worthwhile," she said.