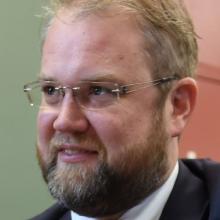 He is aiming for 10,000 responses over the next month, and  the findings of the Law Foundation-supported research will  be presented to ACC Minister Iain Lees-Galloway.

"We can find out what people think and then let politicians know what they said about how New Zealand supports people affected by impairment and disability," Mr Forster said.

A high-profile ACC lawyer,  he is an advocate for a universal system covering illness and disability as well as accident.

The survey  questions were designed to be open-ended and not simply confirm his own beliefs, Mr Forster said.

Participants are asked about how the Government should treat and respond to people who fall ill, are injured and/or become disabled, what sort of support should be made available for those people, and whether a single integrated system would be better or not.

"Right now, we have an opportunity to change that."

"Iain Lees-Galloway has specifically asked to hear from New Zealanders.

"Now is the time for him and the people in government to get the message that New Zealanders want a kinder and more sustainable system."