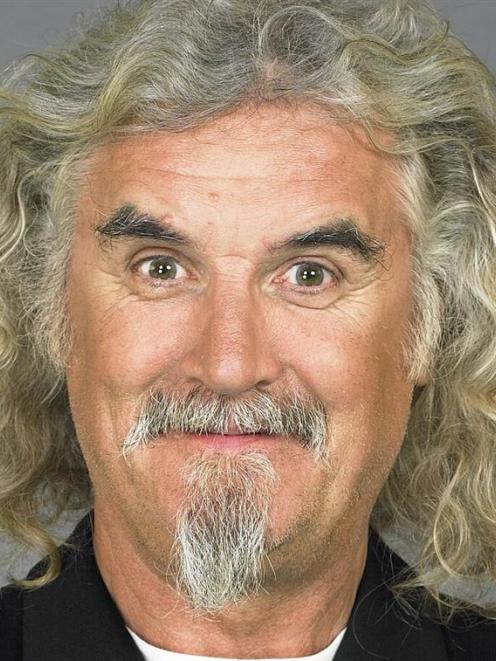 His ''High Horse Tour'' will now start at 8pm, rather than 7.30pm, as previously advertised.

''I think it was an administrative error,'' publicist Sandra Roberts said yesterday.

''Billy usually prepares to go on stage at 8pm.''

The tour opened in Napier on Tuesday night.

Connolly last performed in Dunedin in February 2009, and his 12-city tour takes in Queenstown and Dunedin.

His film credits include Indecent Proposal, Mrs Brown, A Series of Unfortunate Events and Gulliver's Travels and he has appeared in New Zealand films The Hobbit and The Last Samurai.

More than 30 million viewers also saw his 2004 television series World Tour of New Zealand. His Otago shows are on May 4 at the Queenstown Events Centre and May 7 in the Dunedin Town Hall.