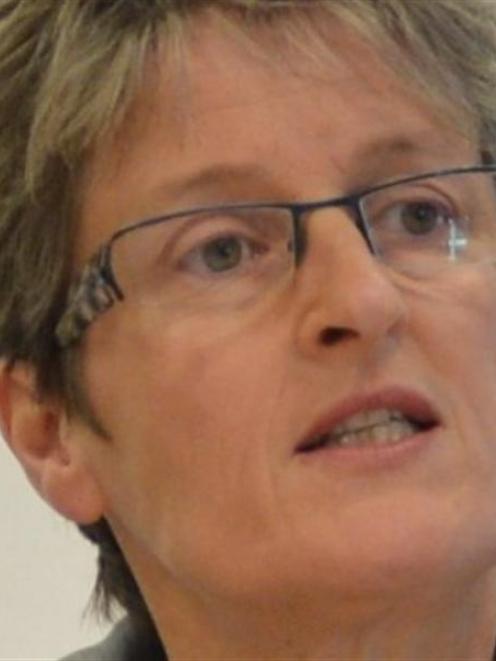 Sue Bidrose.
A marine science institute - including a public aquarium - that could help transform Dunedin's waterfront could be built with Chinese assistance.

An offer to help the University of Otago build the facility, if it proceeded, was made by a Chinese party in Qingdao earlier this month, during the Dunedin delegation's trip to Shanghai, China, it has been confirmed.

Dunedin City Council chief executive Dr Sue Bidrose said it was one of several potential business joint ventures discussed during the trip, although the offer was yet to be considered in detail.

She could not say who was behind the offer, but Qingdao University, China's leading marine research institution, had also expressed interest in collaborating on the project at an academic level, she said.

The University of Otago's two representatives on the trip - Research and Enterprise Office director Dr Gavin Clark and biomedical global partnerships business manager David Grimmett - both said they were unaware of the offer.

So, too, was sciences pro-vice-chancellor Prof Keith Hunter, who earlier this month confirmed a waterfront aquarium, as part of a marine science institute, was an option being considered for Dunedin's harbour-side zone.

He said the offer of Chinese help to build the facility was ''news to me'', but would be beneficial, and he would look into it if it was referred to him.

''It's no secret the university's considering a project like that ... If there's a Chinese group that are interested, then that's good news as far as I'm concerned,'' he said.

Dr Bidrose stressed the offer was yet to be discussed in any detail, either in China or Dunedin, but those making it had ''heard something through the grapevine'' about the project.

The ODT reported earlier this month university and council staff had held preliminary talks about the project, which could replace the old Portobello aquarium, which closed to the public in 2012.

Dr Bidrose said sister city relationships were in part about looking for common interests to collaborate on, such as the relationship agreement signed by the University of Otago's Research and Enterprise Office and Shanghai Jiao Tong University's Advanced Industrial Technology Research Institute.

That agreement, reported by the ODT on Monday, would see the two institutions collaborating on research and commercialisation opportunities.

''In the same way as we're looking for economic development opportunities, so is China,'' she said.