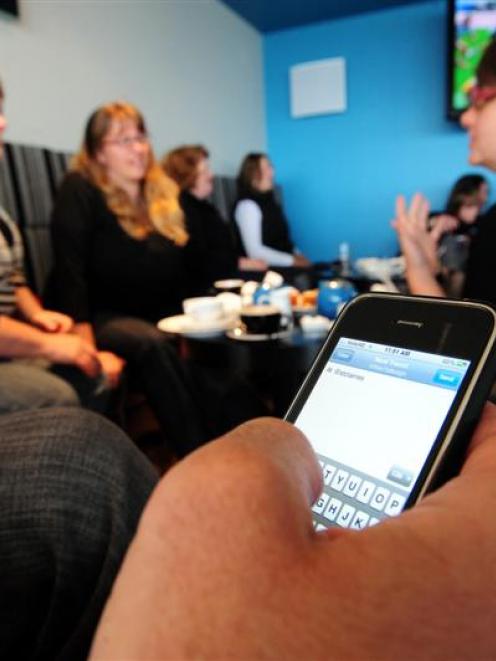 The tweet-up was organised by avid tweeter and resort resident manager James Hacon.

"There has never been a social tweet-up organised in Dunedin before, so it was a good chance to meet up."

Avid tweeter Paul Le Comte, of Dunedin, who has used Twitter since 2007, now has more than 2200 followers subscribed to receive his tweets.

Mr Le Comte, who is following more than 2300 people on Twitter, said he had made a conscious decision to follow as many Dunedin-based Twitter users as possible.

Since joining the micro-blogging site, he had tweeted more than 14,000 times, and admitted to tweeting from anywhere - including the toilet.

While some people employed aliases, he used his own name and kept his account open for the public to read.

Following the interview, he tweeted "At @stclairresort with ODT talking to the twerps".

Contacted later for his definition of "twerps", Mr Le Comte said it was a typing error - he had meant "tweets".

A reason for the growing popularity lay in Twitter being "simple and easy to use".

However, to be successful, people needed to put the effort in and tweet regularly.